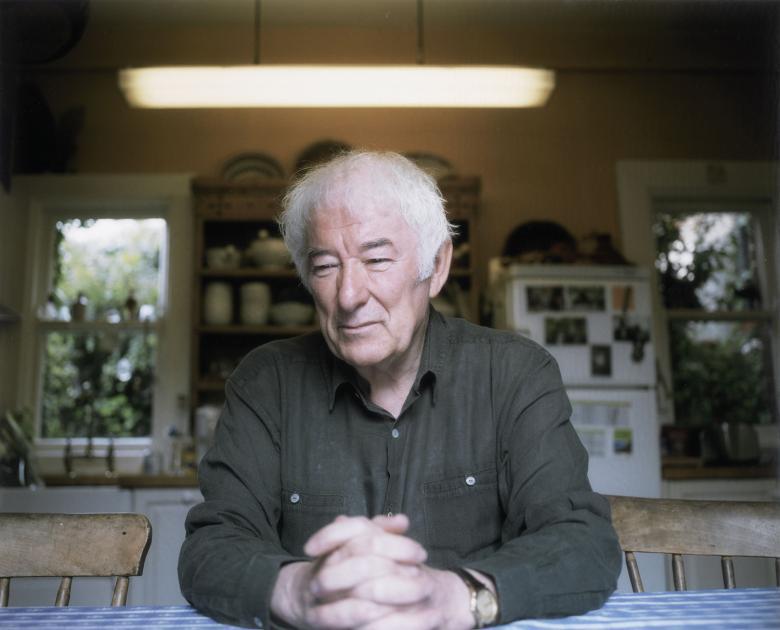 This is a portrait of Seamus Heaney, an Irish poet, playwright and translator. He was born in 1939 and died in 2013.

Find out more about this portrait:

Who is the artist?

Where is the artist from?

When was the artist born?

When was this portrait made?

What is the portrait made of?

What size is it?

How was the portrait made?

This was made with a digital camera. The artist took the picture using a particular setting on her camera to achieve the lighting and colours she wanted for the image.

Why did the artist make this portrait?

In 2007, Nickerson was commissioned by a British newspaper to take a photographic portrait of the poet for an article. After the formal sitting in his Dublin home, Heaney invited her into the kitchen for a cup of tea. Nickerson realised that she had an opportunity to take a striking, informal picture and asked permission to take another photograph, which resulted in this image.