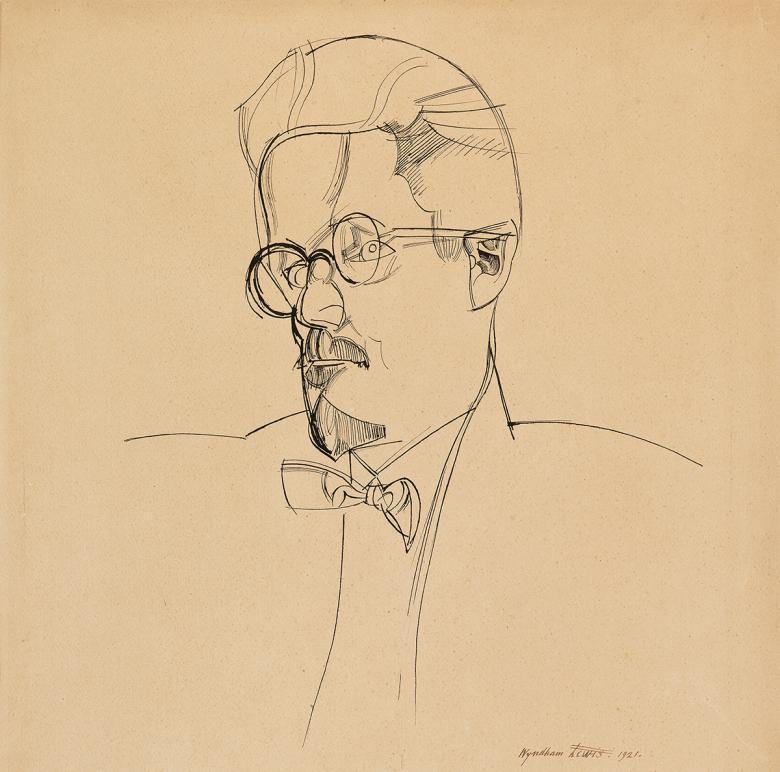 To celebrate Bloomsday, we’re looking at a few Joycean highlights from our collection!

For anyone unfamiliar with Bloomsday, it celebrates Thursday 16 June 1904, the day depicted in James Joyce’s Ulysses, and is named after the novel’s central character Leopold Bloom. The day itself had a special significance for Joyce, as it was the day that he first went out walking together with his future wife, Nora Barnacle! If you’re visiting the Gallery, head out through our Millennium Wing door, and you’ll see the site of their initial fateful encounter opposite, outside what was then Finn’s Hotel, where Nora was working as a chamber maid – look up, and you’ll still see the ghost sign for the hotel on gable end of the wall! 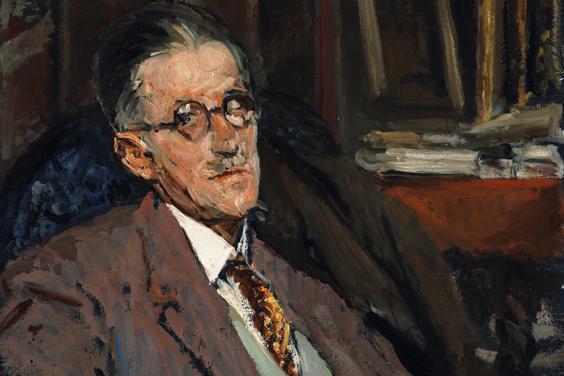 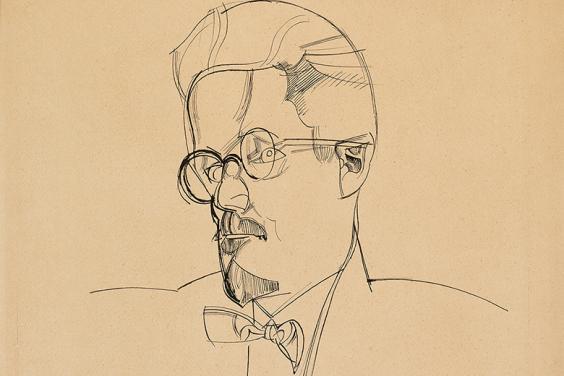 Portraits of Joyce in our collection

Joyce himself professed to know little of painting – in a 1906 letter to his brother Stanislaus he writes: “On all subjects – except socialism (for which you care nothing) and painting (of which I know nothing) – we have the same like or opinion”.

Despite this apparent lack of knowledge on painting, he was the subject of quite a number of portraits! The portraits above are just two from the collection here at the National Gallery of Ireland.

On the right is a 1921 portrait by Wyndham Lewis (1882-1957). A modernist contemporary of Joyce's, Lewis was a writer, painter, and critic, and co-founded the Vorticist movement in art. The year after this portrait was painted, in February 1922, Ulysses was published in Paris by Sylvia Beach’s Shakespeare and Company.

On the left is a portrait of Joyce dating from more than a decade later, by Jacques-Emile Blanche (1861-1942) in 1934, the year of the US publication of Ulysses. Blanche moved in literary circles, and among his other portrait subjects were Marcel Proust (Musée d'Orsay), and Henry James (National Portrait Gallery). 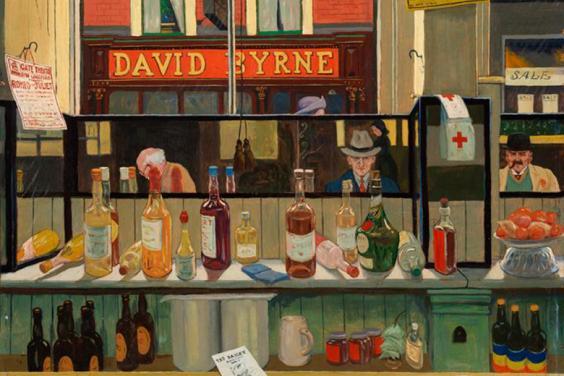 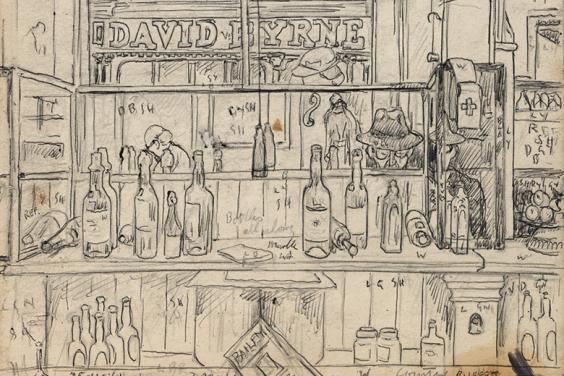 Ulysses landmarks in our collection

It’s in this pub, still open on Duke Street, that Leopold Bloom has his lunch of a glass of Burgundy and a gorgonzola sandwich. You can see this landmark very clearly in these two works by Harry Kernoff – the first is a preliminary sketch which shows Kernoff’s detailed annotations with regards colour. The second is the completed oil painting. Kernoff painted several images of Dublin's so-called 'literary pubs'.

“He entered Davy Byrne's. Moral pub. He doesn't chat. Stands a drink now and then. But in leapyear once in four. Cashed a cheque for me once […] Mr Bloom ate his strips of sandwich, fresh clean bread, with relish of disgust, pungent mustard, the feety savour of green cheese. Sips of his wine soothed his palate. Not logwood that. Tastes fuller this weather with the chill off.

Nice quiet bar. Nice piece of wood in that counter. Nicely planed. Like the way it curves there." 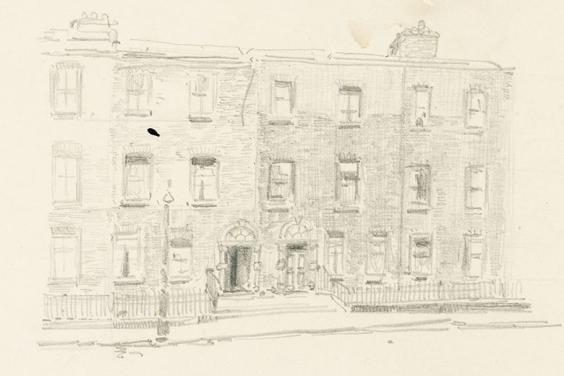 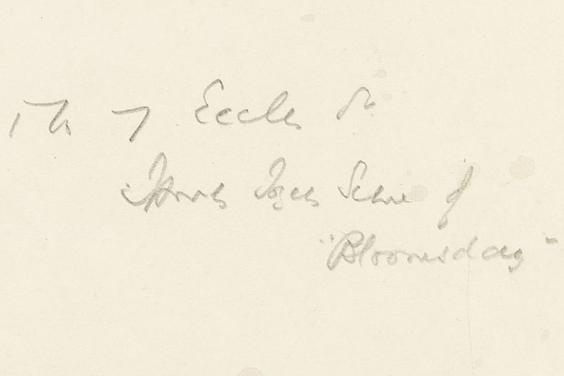 This work on paper (above left, with detail of the artist's annotation on the right) by Flora Mitchell shows the location of Leopold and Molly Bloom’s house on Eccles Street, where Leopold sets out from on the morning of June 16, and where Molly’s famous closing lines “and yes I said yes I will Yes” were spoken. Interestingly, although 7 Eccles Street was demolished to make way for an extension to the nearby Mater Hospital, the original front door was saved, and you can see it at the James Joyce Centre on North Great George's Street.

Another work by Flora Mitchell with a Joycean link is the depiction of the house on Ushers Quay (below) which features in Joyce's short story, The Dead. 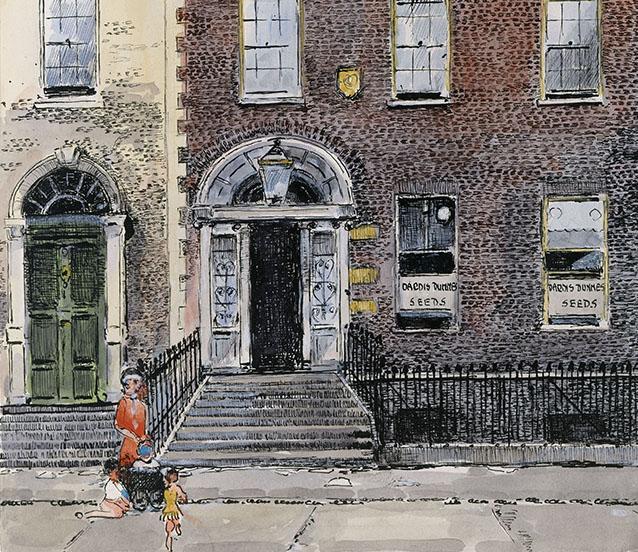