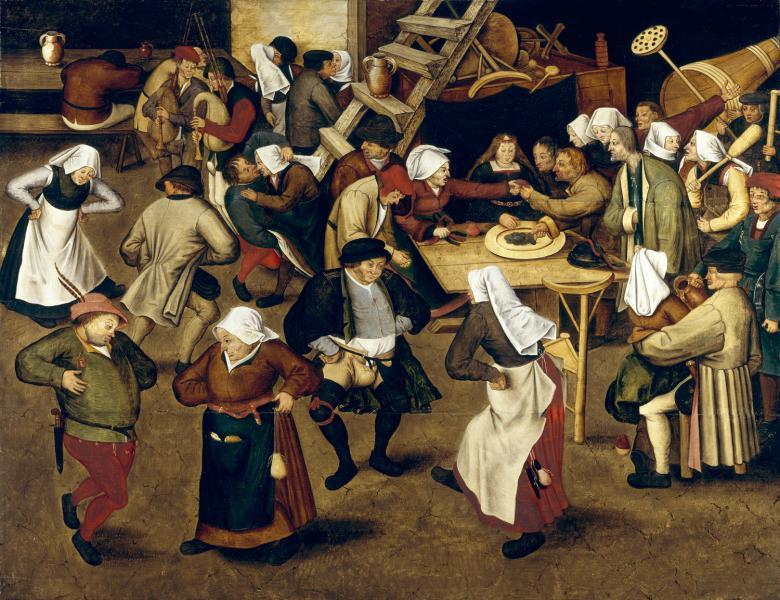 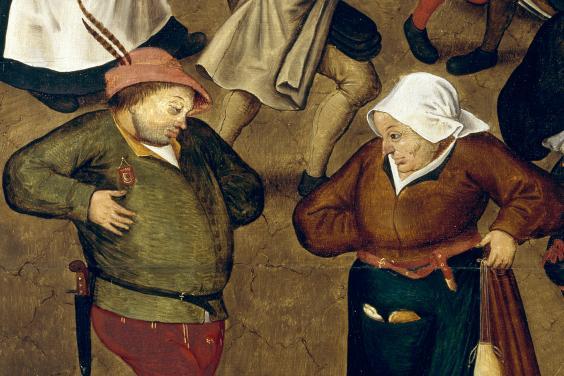 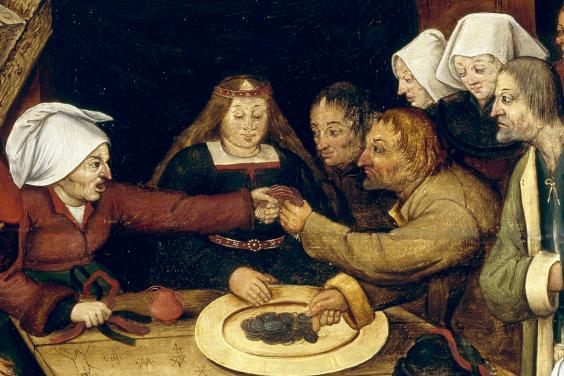 Pieter Brueghel the Younger continued the tradition of crude and caricatured peasant scenes that his father, Pieter Brueghel the Elder, had popularised. Peasant Wedding mocks the behaviour of peasants during a marriage feast. The painting evidently appealed to Brueghel’s clients, as he replicated it many times. Its attraction lies in its animated and amusing portrayal of Flemish peasants who are enjoying a country wedding. The bride looks down demurely at her dowry plate, as an old woman to her right grabs the money pouch from one of the guests. The figures are deliberately caricatured and comical, as they drink, dance and flirt with each other.