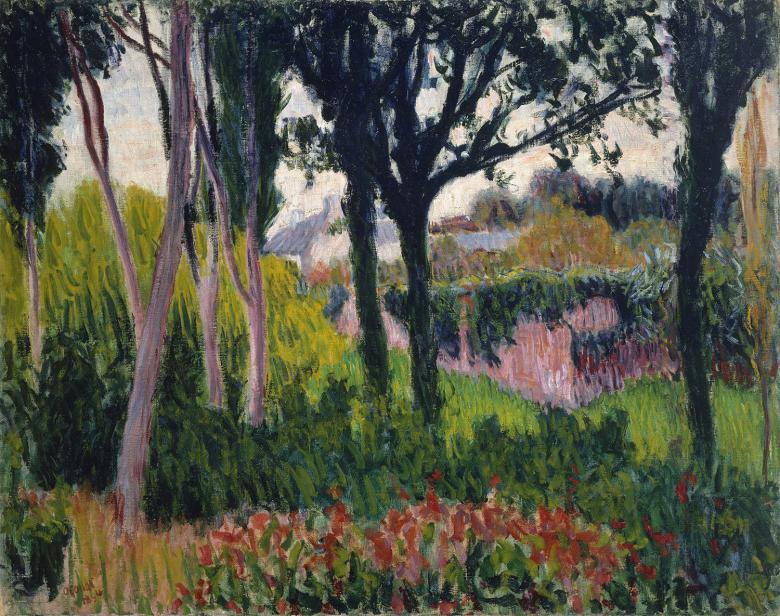 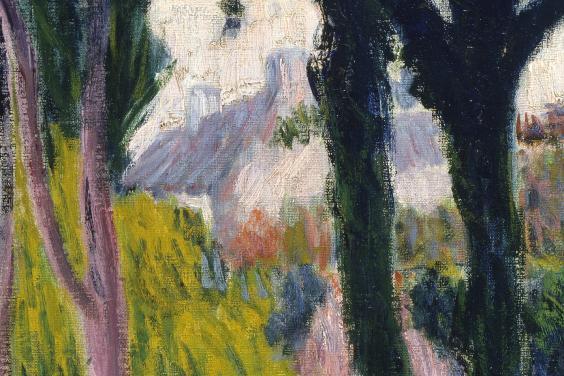 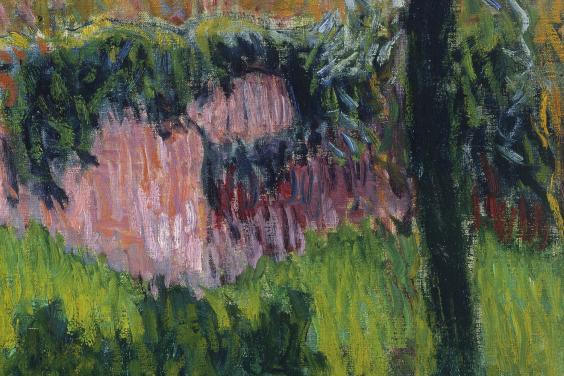 Having first visited Pont-Aven in the 1880s, O'Conor returned to the tiny Breton village in 1891, and remained for more than a decade. There, he was one of a vanguard of painters who were developing, under the influence of Gauguin, an advanced Post-Impressionist style. Eager to experiment, O'Conor allowed his technique to evolve rapidly, though the subjects he favoured were relatively orthodox. Visible through the trees in the background of this landscape is a seventeenth-century farmhouse used as a studio by many artists, including Gauguin, who had rented it in 1889, and O'Conor, who worked there in 1893–1894.

Read more about this work by O'Conor in our online collection.