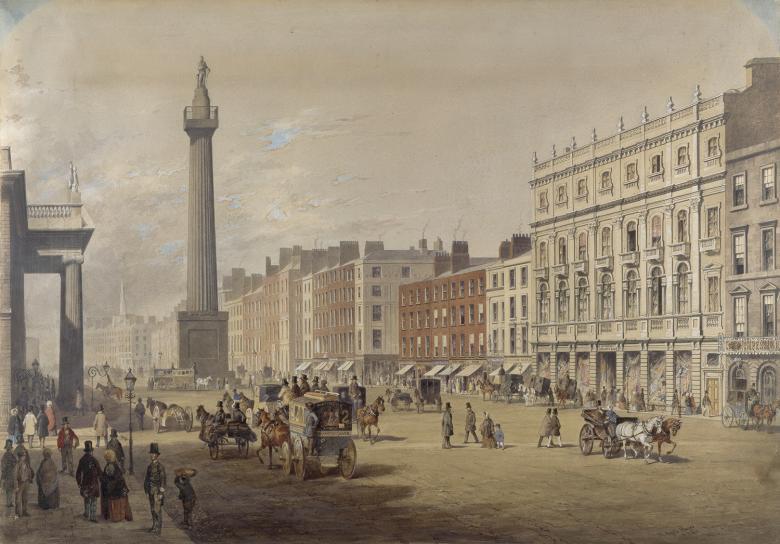 Spend 5 minutes sitting in silence, looking at this watercolour. 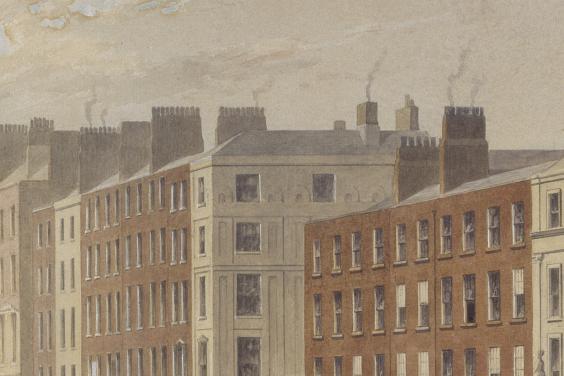 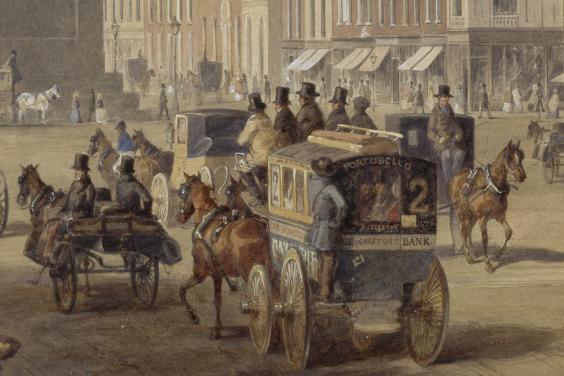 Michael Angelo Hayes was born in Waterford and trained with his father, Edward Hayes (1797–​​​​​​​1864). His principal interests were equine and military subjects. This view of Dublin's main thoroughfare, now known as O'Connell Street, offers a glimpse of how the city looked in the 1850s. The street abounds with activity, as people bustle amidst carts, carriages and omnibuses. Dominating the scene is the 40-metres-high landmark, 'Nelson's Pillar', erected in 1808. The pillar, made of Portland stone and topped with a statue of Admiral Nelson, was partially destroyed by a bomb in 1966, and demolished two days later by army engineers. In its place, the stainless steel Spire of Dublin (120 metres) stands as a symbol of hope and progress.