Mindfulness and Art: The Annunciation 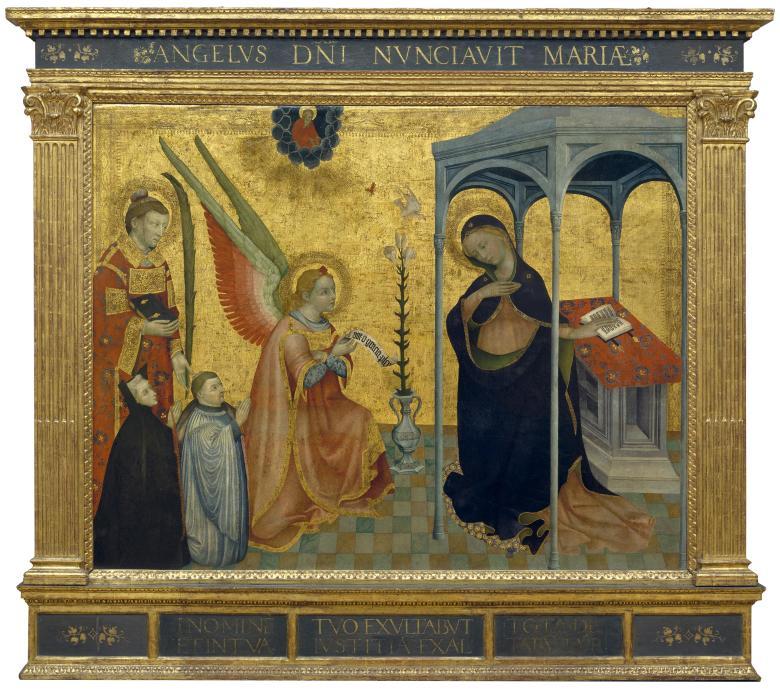 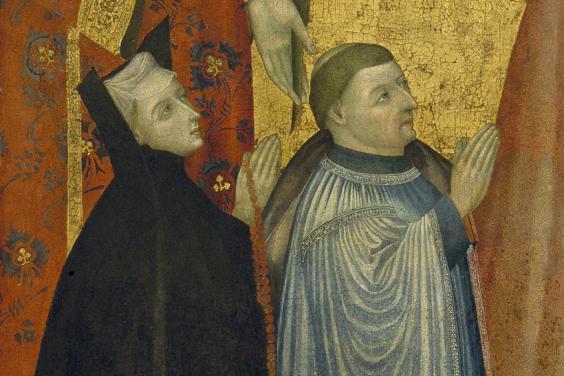 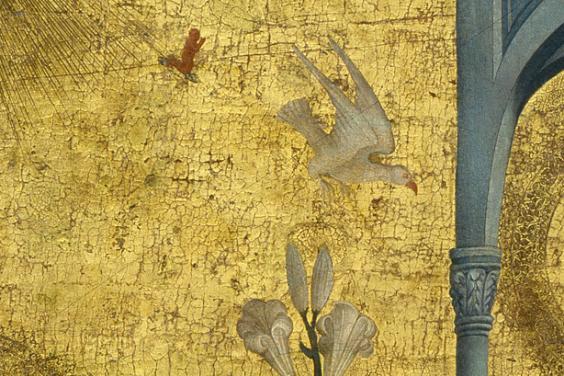 This fifteenth-century altarpiece is full of symbolism. The Angel Gabriel is shown kneeling before the Virgin Mary while informing her that she will have a son. The lily between the two figures represents Mary’s purity. Above, a dove, representing the Holy Spirit, guides the tiny figure of the Christ Child, sent by God. Saint Stephen is identifiable by the martyr’s palm frond that he holds in his left hand, and by the stone on his head which was the instrument of his martyrdom. The two small, kneeling figures represent donors who commissioned the painting; their small size conveys their insignificance in comparison to the sacred figures in the painting. Yverni painted the detailed figures and emblems in tempera on a gold ground decorated with intricate punch marks.