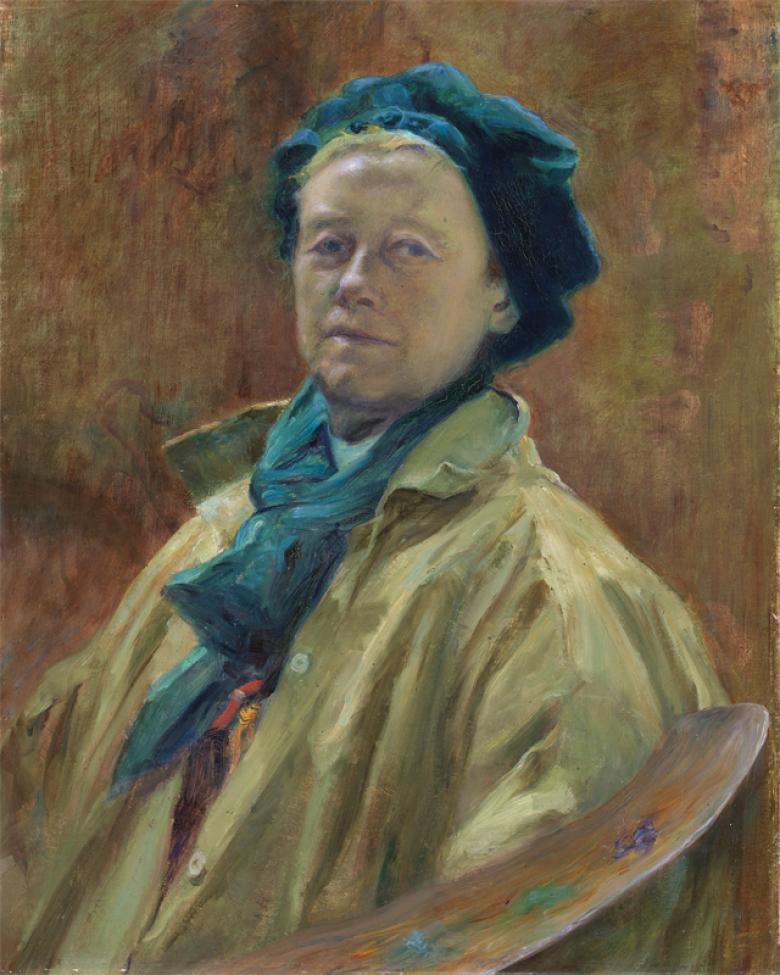 Born in Loughbrickland, Co Down, Helen Mabel Trevor was encouraged in her love of drawing and painting from an early age. Self-taught for a large part of her life, following the death of her father Trevor attended the Royal Academy schools in London from 1877 to 1882: aged forty-six, this was her first experience of formal art education. Like many other artists from Britain and Ireland, in the 1880s Trevor travelled to France, visiting Brittany and Normandy, where she painted and attended life-drawing classes and worked en plein-air. Travelling with her sister, Trevor also spent around six years living in Italy, visiting Florence, Assisi, Perugia, Venice, Rome, and Capri. A spell in Paris in 1889 saw the artist attending various Parisian ateliers, and she made this city her home for the remainder of her life.

Works by Trevor in the Gallery's collection reveal her commitment to painting life in France and the artistic techniques she learnt there. Bequeathed by the artist in 1900, The Fisherman’s Mother and An Interior of a Breton Cottage were both painted in 1892 when the artist was living in Paris, but still visiting the French countryside. Both paintings show the influence of French Realism, through their subject matter and colouring. Throughout her career, Trevor frequently exhibited her paintings in Dublin, London, and Paris. On 3 April 1900, she died suddenly following a heart attack in her studio at 33 rue de Cherche-Midi, Paris.