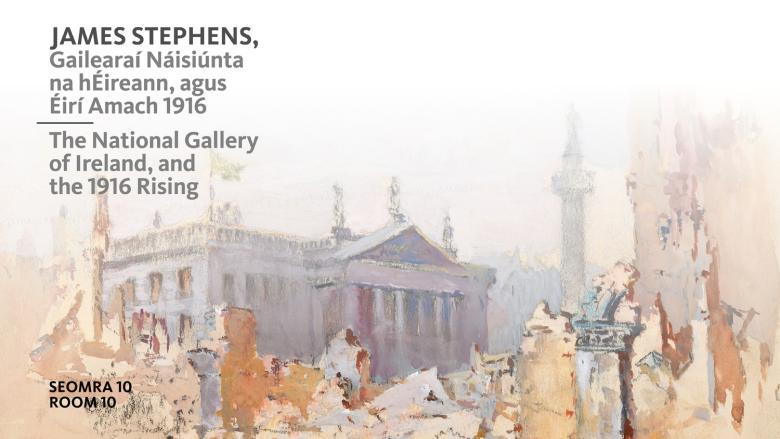 James Stephens, the National Gallery of Ireland, and the 1916 Rising

James Stephens (1880–1950) made his name with The Crock of Gold (1912), a story for children of all ages, creating ‘a world of rich fantasy’. He went to Paris in 1912, and in 1915 became Registrar of the National Gallery of Ireland. During Easter week 1916, Stephens witnessed the fighting around St Stephen’s Green, and soon after published an account of his observations: The Insurrection in Dublin.

The exhibition was based around this seminal chronicle of the Easter Rising in which Stephens mentions encounters with friends – many of them well-known cultural and political figures. Included in this display were a portrait of the author by Patrick Tuohy, as well as images of some of the individuals mentioned in his book, such as Douglas Hyde and Thomas Bodkin. A depiction of O’Connell Street after the Rising by artist Edmond Delrenne (fl.1915–1918) also featured. A first edition of Stephens’ book was the focal point of the display.