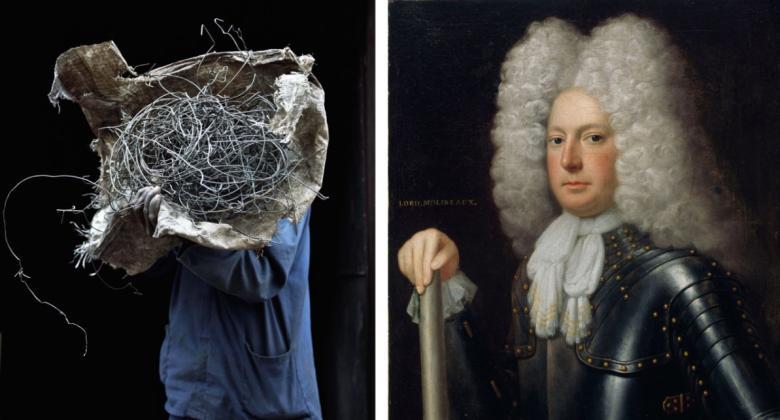 Uniform: A collaboration with Jackie Nickerson

This display comprised photographs selected from Jackie Nickerson’s series Terrain (2012–2013), and paintings from several schools and periods from the National Gallery’s permanent collection. The photographs, taken in several southern African countries, were studies of individual agricultural workers and farmers carrying items associated with their work in a manner that in most cases obscures their faces and/or alters their figurative outline. Many have a markedly abstract, distorted quality that eschews the fundamental character of the studies as portraits. Several of these large-scale portraits were juxtaposed with works from the Gallery’s collection. The intention was to initiate conversations between the works which would invite a corresponding dialogue among the viewing audience.