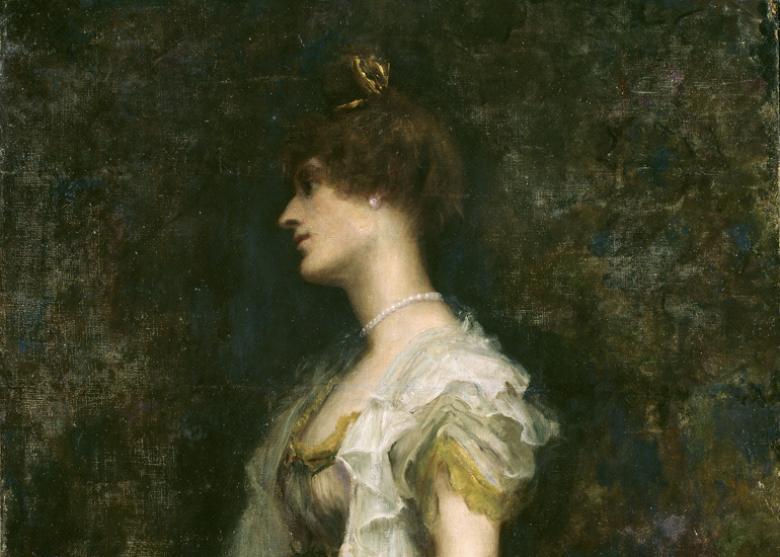 with
Amanda Coogan - Floats in the Aether

Constance Markievicz, née Gore-Booth (1868–1927), was a leading figure of the Irish revolutionary period, playing a prominent role in the struggle for women’s suffrage and the fight for Irish independence. A trained artist, Markievicz recognised the potential of portraiture for political expression and propaganda. Presenting herself as Joan of Arc or a militant republican, she used portrait photography to shape her public identity.

Markievicz was the subject of numerous portraits throughout her life. Some relate to the privileged lifestyle she enjoyed as a member of the aristocracy. Depictions of her reflect the conventions and expectations placed on women of her class. These contrast with later, self-styled portrayals as feminist republican. Dressed in the uniform of the Irish Citizen Army, her militarised image was a call to the women of Ireland to join her in taking up arms.

On the centenary of Markievicz’s election as the first woman to the British Parliament (1918) and the formation of the First Dáil (1919), of which she was a member, this exhibition explored the role of portraiture both in moulding her private and public image.

Additionally, the Gallery invited Amanda Coogan, one of Ireland’s most acclaimed contemporary artists, to create a new artwork to mark this centenary. Floats in the Aether was an ambitious, large-scale performance comprising a series of events involving over 100 women and girls of different backgrounds and social contexts. In each event, Coogan led a silent, slow-moving, choreographed procession through the historic rooms of the National Gallery. These performances were scheduled to take place around three key dates: 6 November (exhibition opening); 14 December (centenary of the 1918 election); and 21 January 2019 (centenary of the formation of the First Dáil). 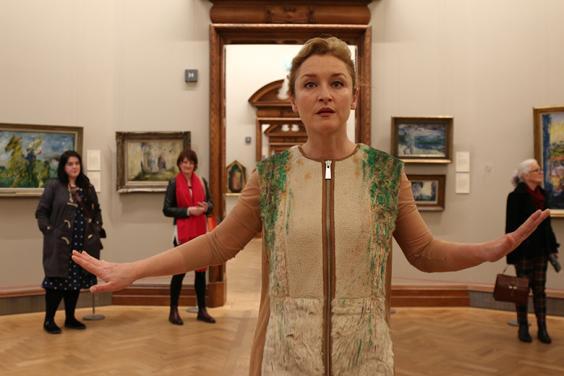 Amanda Coogan: Floats in the Aether

An ambitious, large-scale performance comprising a series of events involving over 100 women and girls of different backgrounds and social contexts.

A playlist inspired by the exhibition Markievicz: Portraits and Propaganda. The first six songs were chosen to represent her work for women's suffrage; the next four to represent her revolutionary activity; and the final three speak to her activism.

Listen to the playlist on Spotify 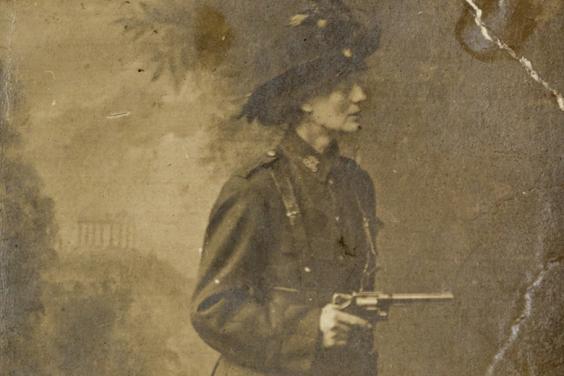