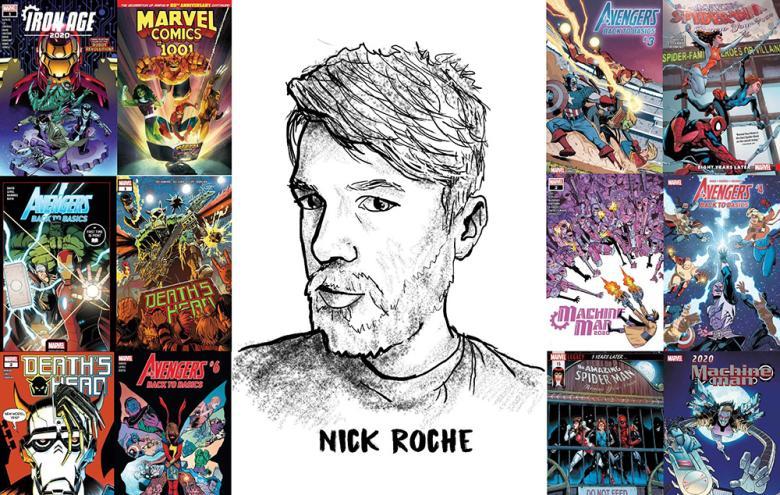 Hear about artists' journeys and careers, and learn new skills, with our Apollo Project Masterclass Series!

In this installment, comic-book artist Nick Roche shares tips on storyboarding by examining six paintings by Murillo which feature in our exhibition Murillo: The Prodigal Son Restored.

"I’m Nick Roche, a comic-book writer-artist, and I’m here to talk about the similarities and differences between the storytelling of modern comic books and Bartolomé Esteban Murillo’s narrative cycle of The Prodigal Son. I’ve used some very loose sketches to show a more comic-book way of telling the story, but this is just to show the difference – they’re two very different mediums, and, apart from currently being alive, I am in no way saying that I am better than Murillo!" 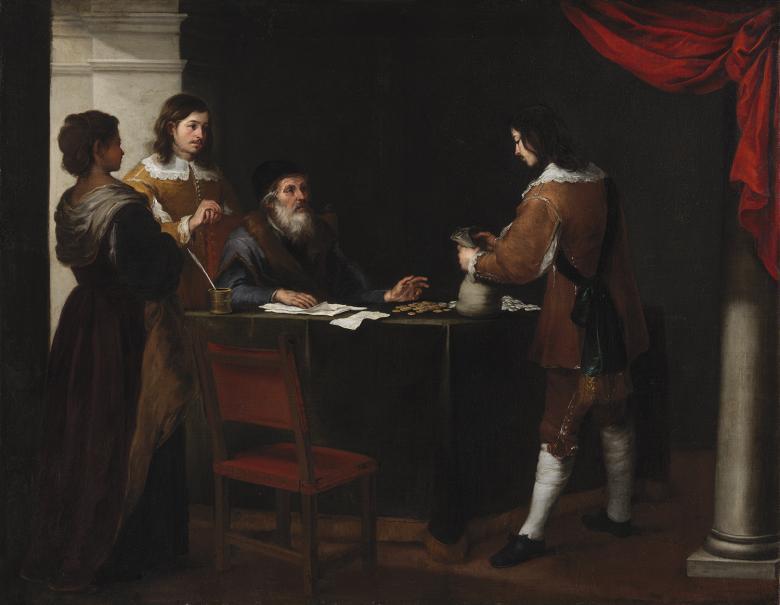 "In the first painting in Murillo's series (above), it’s established instantly that there is conflict by having the family on one side of the image, and the Prodigal Son alone on the other. Comics will often feature characters at opposite sides of a panel, usually prior to them beating each other up. But an artist will often isolate characters to foreshadow that they are under suspicion, as the prodigal is here.

The figures remain in a similar scale throughout Murillo’s series, and are staged relatively flatly, almost like a play. But modern comics can vary the ‘camera angles’, changing viewpoints and varying depth to keep readers’ interest." 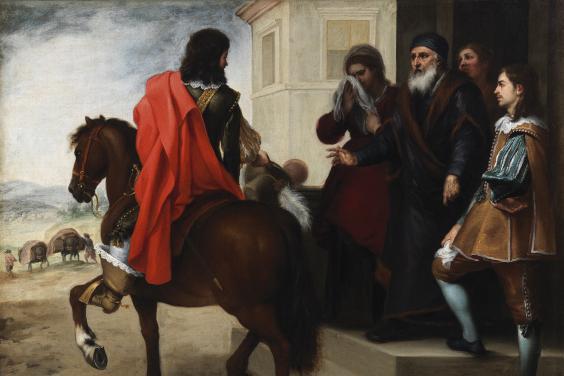 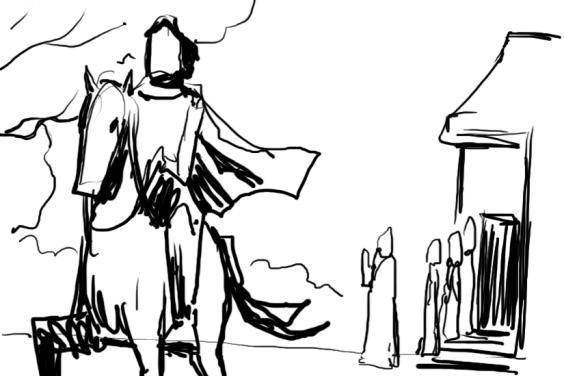 "As the story unfolds, the Prodigal and his family remain on opposite sides of the frame, his horse facing left. In modern visual storytelling terms, a character moving left across a screen or page gives the impression of travelling backwards, or against the natural flow of the story. We’re trained to read from left TO right and, by those standards, the son moves AGAINST the flow of action. But that’s also apt, as the journey he’s about to embark on is a negative one.

A modern comic-book alternative could be to place the Prodigal Son large in extreme foreground moving left, with his family smaller in the distance. It adds visual variety, rather than maintaining a uniform figure size." 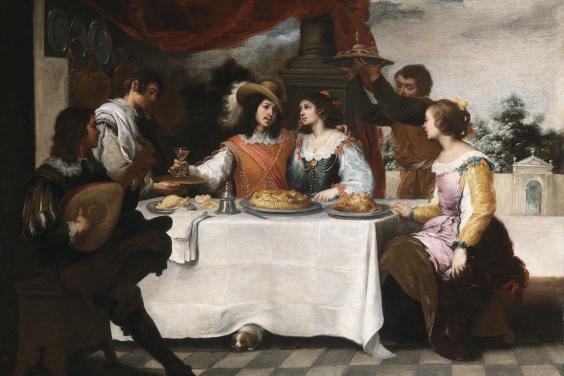 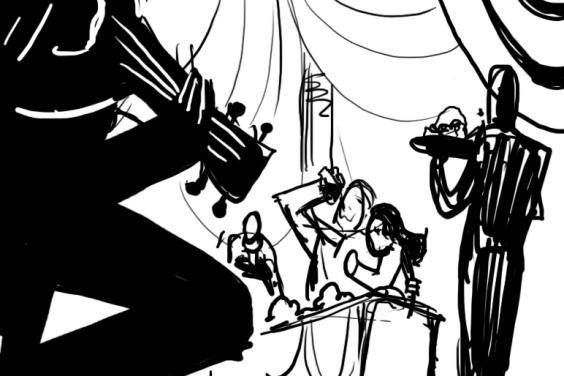 "The Prodigal Son is now centre of the frame, which makes sense. He’s where he wants to be. I think I’d make a similar choice here if this was in comic strip form.

Interesting to note the foreground element of the minstrel in the left. Not many of these paintings contain much in the extreme foreground. If these six paintings were to be laid together on a comic page, they’d actually start to appear quite samey and uniform, with the characters appearing the same size within each image. Comics lean on centuries of storytelling tricks and would attempt to vary the camera angles and depth of focus to keep the page interesting." 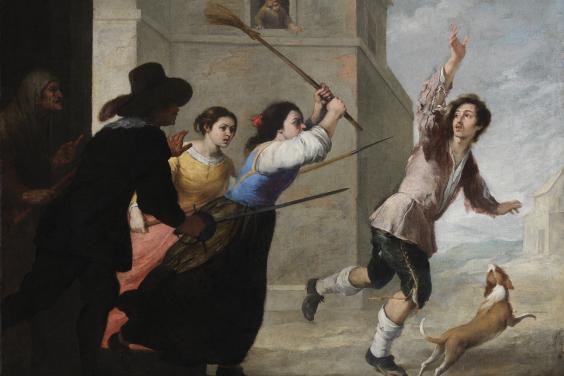 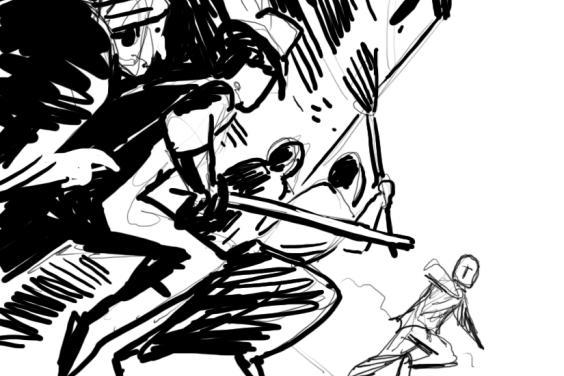 "This feels like the most comic-booky image of the lot! Plenty of energy and drama, and dynamic figure work. The Prodigal runs from darkness to the light, but is the sharp focus of the piece. All swords, broom and perspective lines aim right at him. And he’s moving across the “page” from left to right – our natural reading order – as he runs for home. All choices a really good comic-book artist would hopefully make today...

One choice a comic artist might not make is to include the dog, because they’re hard to draw, and the script didn’t ask for it, so just leave it out." 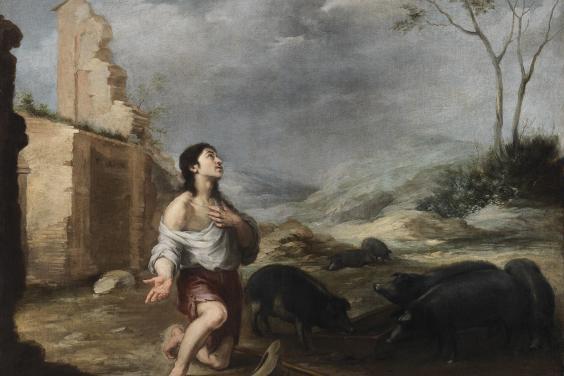 "One way a comic book might treat this scene is to give an entire page over to it. Called a ‘splash page’, it’s a tool in the timing and rhythm of comics. It asks the reader to pause and take in the scale and scope of what’s occurring, as opposed to the choppier rhythm created by a series of smaller panels. And, by giving this moment an entire page, you could make the character tiny in the frame, dwarfed by the expanse of wilderness and scale of the ruins, and really selling his isolation." 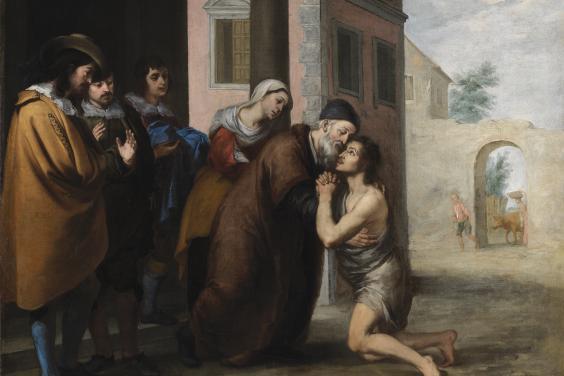 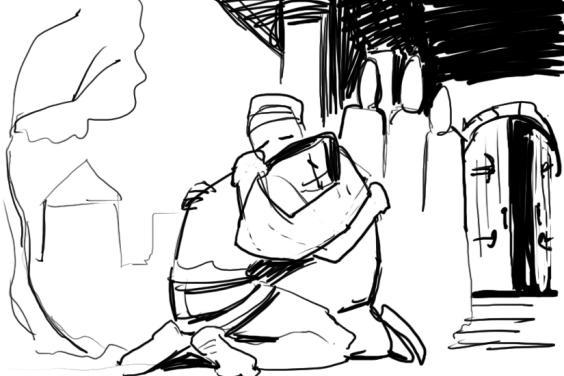 "The figures are all connected, giving the sense that the household has become whole again. This retains the scale of the preceding pictures, staying within the style of the period, but the choice of the comic artist may be to push in closer on this intimate moment, and favour the father and son tight in the foreground, with others given less prominence.

And, I think if a modern comic creator had depicted the Prodigal’s journey into decadence from right to left, it would have been more satisfying to have the son on the left-hand side of the composition here, to show a return FROM his exploits."

Thank you so much Nick!