Five things to know about Murillo: The Prodigal Son Restored 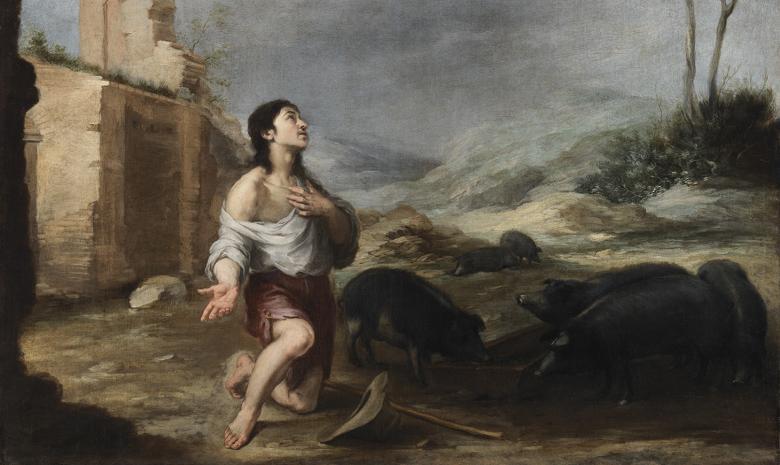 Our exhibition Murillo: The Prodigal Son Restored (which you can explore virtually) highlighted six paintings by Bartolomé Esteban Murillo (1617–1682), one of the most celebrated painters of the Spanish Golden Age.

These works were the focus of an intensive international conservation and research project, and this exhibition was a celebration of the project’s completion and a showcase for the fascinating information uncovered.

Read on to find out five interesting facts about the artist and exhibition.

1. A plague presented Murillo with an unlikely opportunity.

Born in Seville in 1617, Murillo spent his entire career in the city, apart from at least one brief sojourn to the court of Madrid. He trained with Juan del Castillo, a prominent local painter, and went on to become an artist of considerable talent. When Seville was ravaged by a plague and famine in 1649–1651, many of the established painters including Zurbarán left the city. Murillo, however, stood his ground and continued to build his success with private patrons and collectors in Seville. By the 1660s, he was at the height of his career. 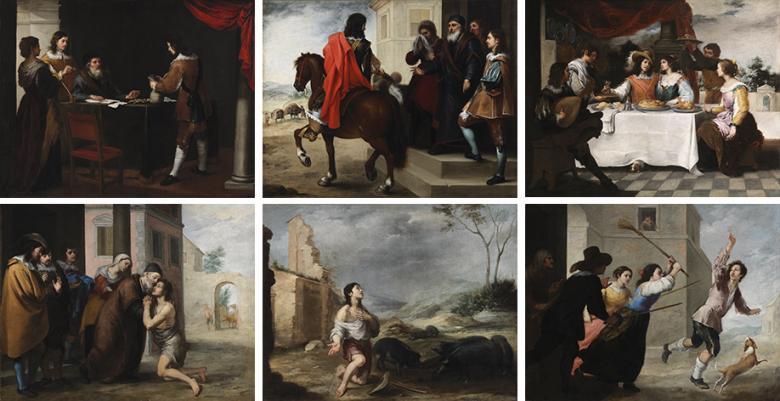 2. The six paintings in this exhibition are unique in many ways.

The works are known as a narrative cycle—a series of paintings that present a unified story over a number of canvases, like an elaborate comic strip. In this case, the story is the Prodigal Son, a New Testament parable. While this story was a popular subject with northern European artists, Murillo’s paintings represent the first time a Spanish artist painted the story in serial form. It was an unusual approach for Murillo to take with a religious subject; most Spanish artists at that time chose to focus on single episodes from religious stories. Additionally, Murillo only produced two narrative cycles of paintings in his career, and The Prodigal Son is the only one that remains complete.

3. Murillo was a master storyteller.

The parable of the Prodigal Son, as presented in the New Testament, is short on descriptive detail. Murillo, however, skilfully embellished the narrative, conveying the story’s themes of virtue and vice, regret and forgiveness, through the figures’ dramatic gestures and facial expressions. He also relocated the story to his hometown and incorporated Sevillian details, such as local costume and the black Iberian pigs that appear in The Prodigal Son Feeding Swine. Such naturalistic details enliven the paintings, making the story accessible and evocative for viewers. 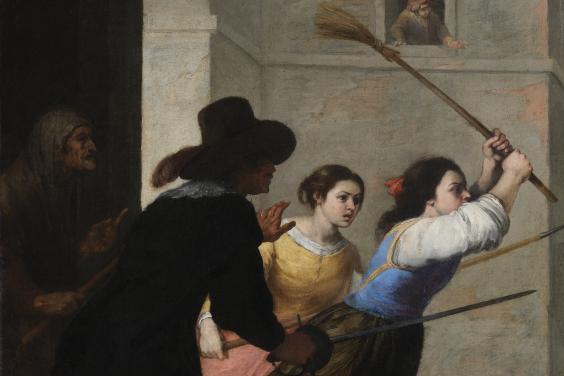 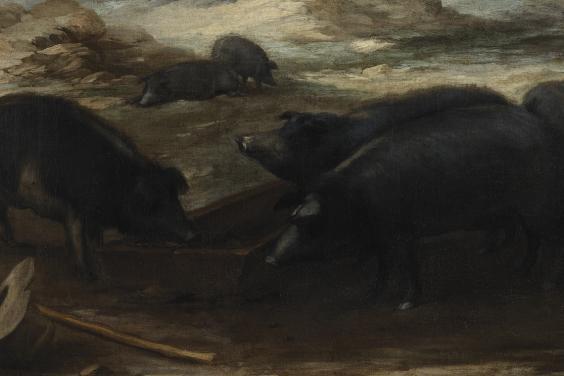 4. The paintings survived brushes with criminal gangs in Ireland.

We do not know who commissioned Murillo to paint the series, or where they were located in the decades following their production. However, the curators of the exhibition, Muirne Lydon and Aoife Brady, have mapped out the fascinating journey the paintings undertook since c.1800 in a new book published to accompany the exhibition.

The Irish leg of their journey began in 1952, when Sir Alfred and Lady Clementine bought Russborough House in Co. Wicklow. Sir Alfred had inherited The Prodigal Son paintings from his father, and the Beits displayed them prominently in their dining room in Russborough. It was there that they survived two robberies: in 1974, an IRA gang, which included British heiress Rose Dugdale, stole 19 paintings from Russborough, and, in 1986, a Dublin criminal gang led by Martin Cahill raided the house. In both cases, the Murillo paintings were spared, most likely due to their large size. 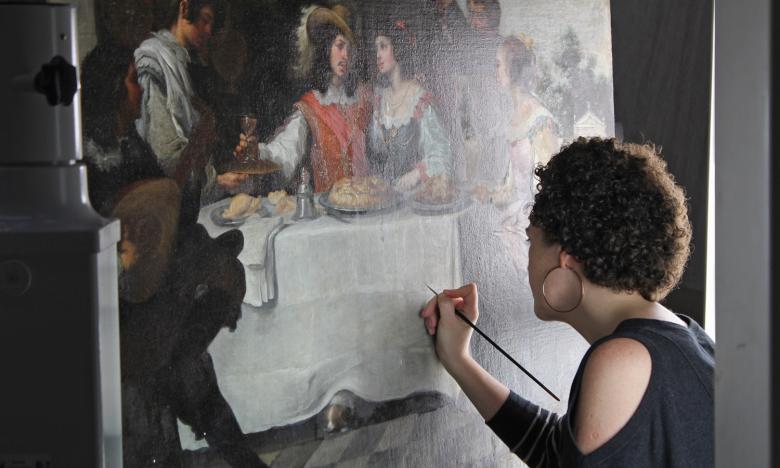 5. This was the first time in 30 years that the paintings were displayed together in the Gallery.

While these paintings are highlights of the Gallery’s collection, centuries of grime, damage, and a lack of research, obscured their brilliance. Fortunately, an intensive conservation and research project has brought them back into the light.

Between 2012 and 2018, the Gallery’s Paintings Conservation team, led by Muirne Lydon, carried out painstaking research and conservation work on the series, with each painting undergoing approximately ten months of labour-intensive treatment. The newly restored paintings exhibit a striking change, allowing viewers once again to appreciate Murillo’s balanced colours and bold and energetic brushwork.

Explore Murillo: The Prodigal Son Restored online to find out more about the discoveries made during the conservation and research project.