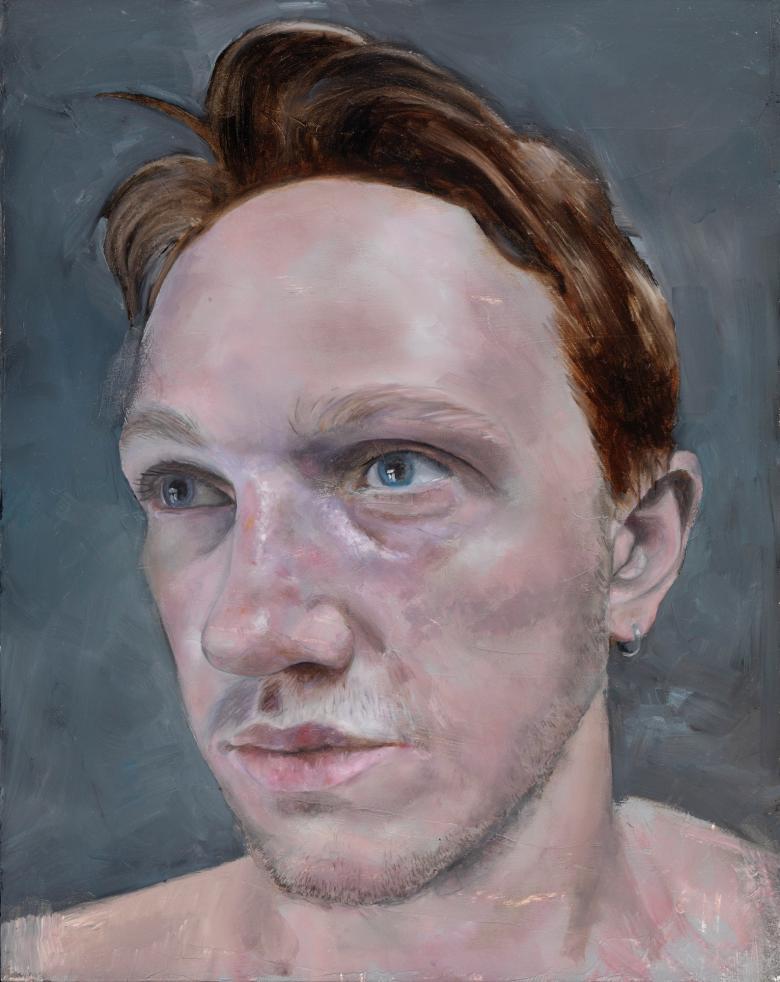 Winner of the Hennessy Portrait Prize 2016

Originally from Cahir, Co. Tipperary, Gerry Davis graduated from Limerick School of Art and Design in 2009 with a degree in Fine Art (painting). He has been exhibiting regularly since, showingWhat Has Been Shall Always Never Be Again at Ormston House, and a solo show Burrow, at TACTIC. In 2016, in addition to being awarded a merit prize at the Golden Fleece Award, Davis exhibited at the 186th Royal Hibernian Academy Annual Exhibition, and at a three man show The Forest that Hears and the Field that Sees in Damer House, Roscrea. His solo show Studio, was held at Pallas Projects, Dublin in October 2016.