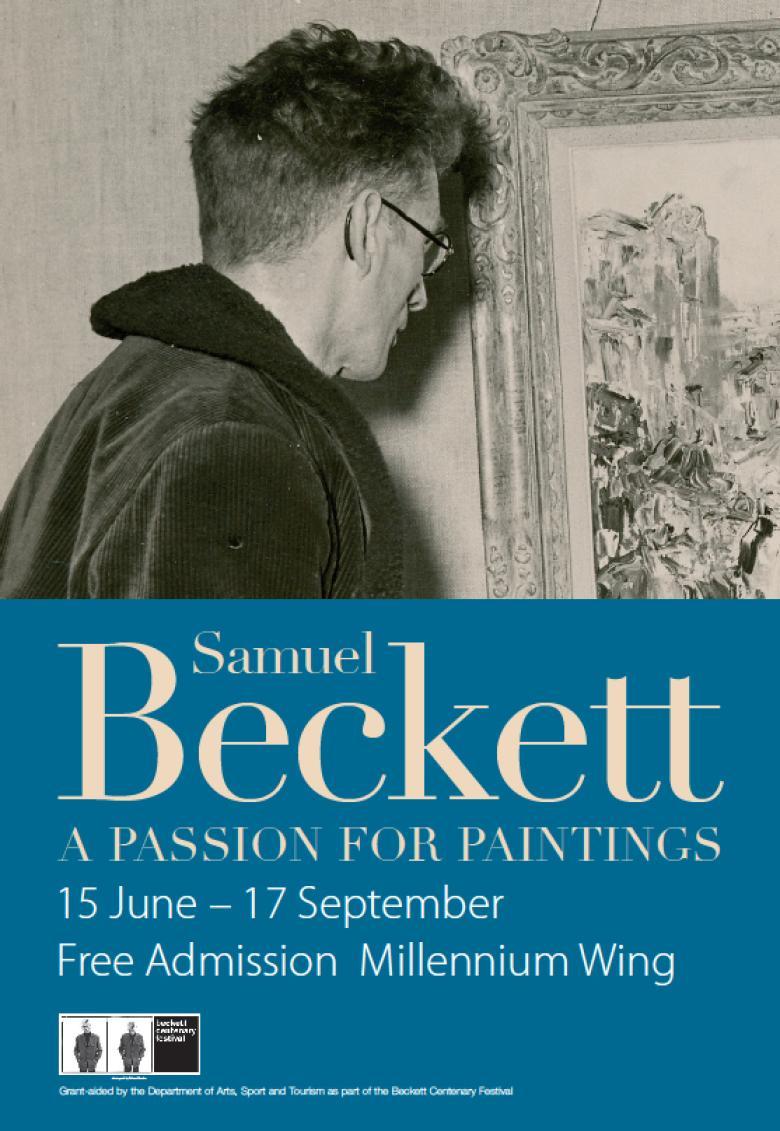 Samuel Beckett: a passion for paintings

While many contemporary artists have found inspiration in Beckett’s drama, the emphasis of this exhibition was to look at the influence that art and artists had on his life and work. Beginning with his visits to the National Gallery of Ireland as a young student and later as lecturer at Trinity College Dublin, the exhibition revealed three key relationships in the writer’s life; his relationship with the Gallery where, in the words of biographer James Knowlson, Beckett was ‘weaned on the old masters’; with poet, art critic and former Director, Thomas MacGreevy, and with Jack B. Yeats.

The exhibition also had on display a number of livres d’artistes, or artist’s books where some of the most innovative responses to Beckett’s work can be found. Each of the artist’s books are collaborations or dialogues of work and image between Beckett and Irish and international artists, among them, Louis le Brocquy, Dellas Henke and Charles Klabunde.