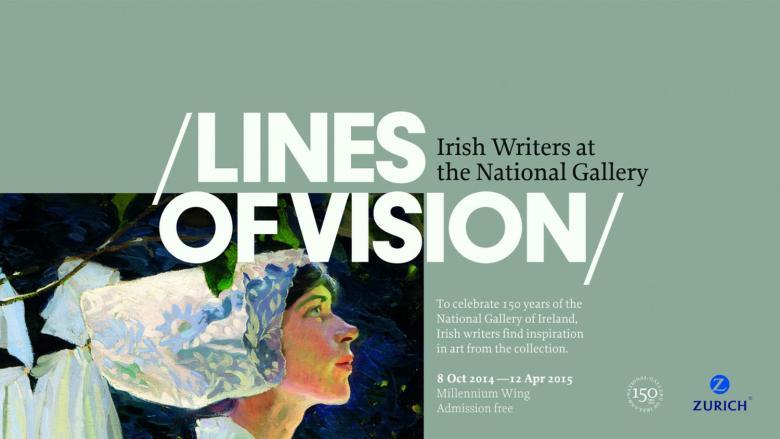 Lines of Vision: Irish Writers at the National Gallery of Ireland

The National Gallery of Ireland first opened to the public in 1864. Since then it has come to figure prominently in Irish literary life. Oscar Wilde grew up on Merrion Square with the Gallery in view. W.B. Yeats, Louis MacNeice and Samuel Beckett were among those who found inspiration in its collection. In 1944, aged eighty-seven, George Bernard Shaw remarked that he owed the Gallery ‘much of the only real education I ever got as a boy in Eire.’ He bequeathed one third of the royalties from his work to fund acquisitions for the collection. James Stephens, Brinsley MacNamara and Thomas MacGreevy were all Gallery employees. They continued to write whilst carrying out their administrative day jobs.

To celebrate the 150th anniversary of the National Gallery, 56 contemporary Irish writers contributed new poems, essays and stories to the book Lines of Vision: Irish Writers on Art (published by Thames and Hudson; edited by Janet McLean, Curator of European Art, 1850–1950). Each writer selected a picture from the collection and used it as a setting-off point to explore ideas about art, love, loss, family, dreams, memory, places and privacy. Perceptive and, at times, deeply personal, their words invite us to look at art in new lights and from different angles. This exhibition, displayed in Rooms 1-5, featured the pictures that inspired them.