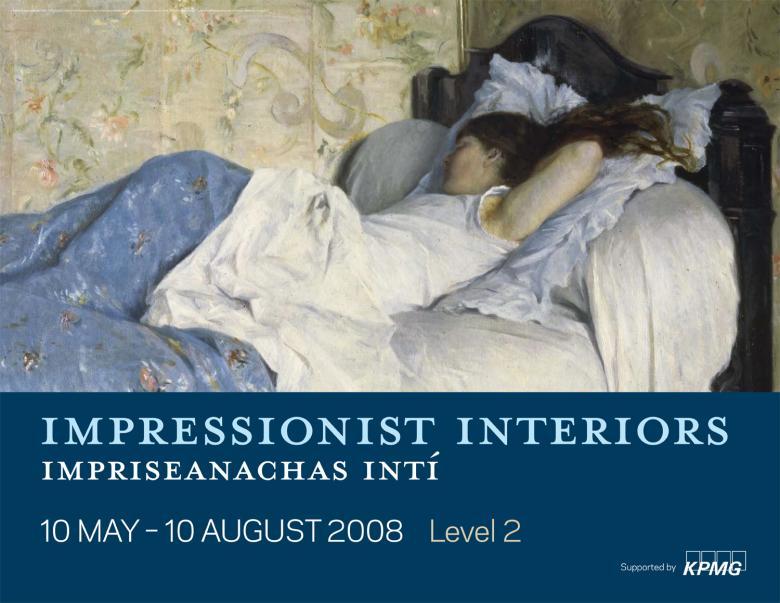 This exhibition brought together over 45 wonderful paintings and drawings by Manet, Monet, Renoir, Morisot, Degas, Cassatt, Gauguin and Pissarro, on loan from public and private collections throughout Europe and the United States of America. It was the first serious survey of this particular dimension of Impressionism, and showed some of the many and varied ways in which Impressionists and artists within their circle engaged with interior spaces both public and private, domestic and social.

Janet McLean, curator of the exhibition and editor of the accompanying catalogue said: "Artists associated with Impressionism did not just aspire to be painters of light and air but aimed to be modern artists and thereby painters of modern life."

Édouard Manet, like Edgar Degas was essentially a painter of the modern interior. He said to Berthe Morisot: "you can do plein-air painting indoors, by painting white in the morning, lilac during the day and orange-toned in the evening". Manet's oil studies, A Bar at the Folies-Beregère and The Ball at the Opéra (Private Collection), were included in this exhibition, as well as Interior at Arcachon (Sterling and Francine Clark Art Institute, Massachusetts).