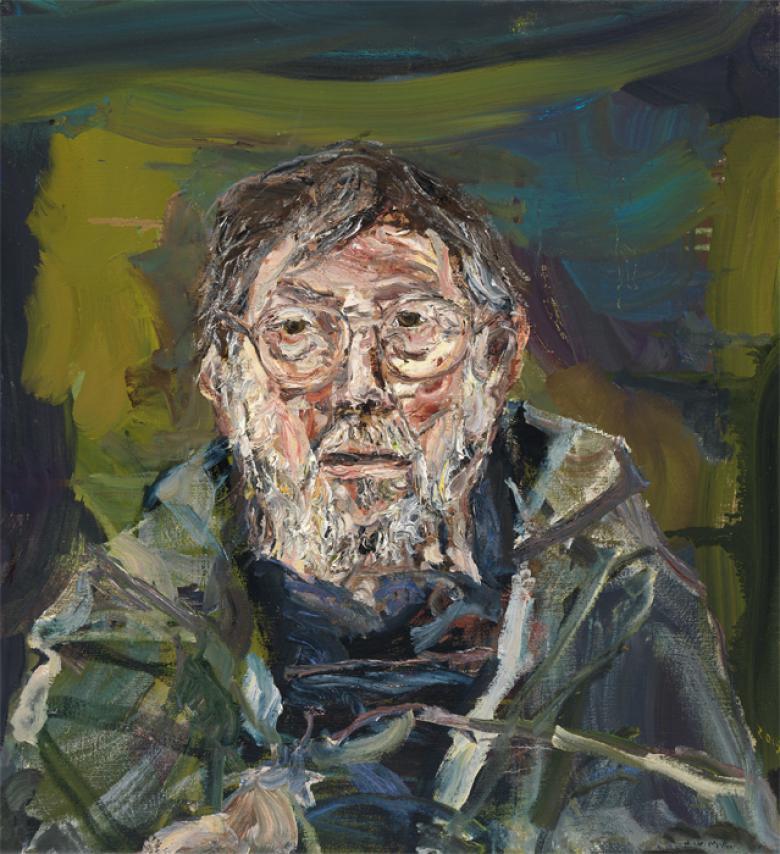 Winner of the Hennessy Portrait Prize 2014

"This portrait was made in one ‘last sitting’ in my studio in 2013, just as Barrie was leaving Co. Sligo for good. He had lived and worked there since the beginning of the 1990s. It was a painter’s farewell."

Nick Miller addresses portraiture, nature and human encounters through painting, drawing and film. He was elected to Aosdána in 2001. Born in London but based in Ireland since 1984, he currently lives and works in Sligo. Miller has exhibited widely in Ireland and internationally, and has had solo museum exhibitions and projects at: IMMA; the RHA, Dublin; The Butler Gallery, Kilkenny; Centre Culturel Irlandais, Paris; New York Studio School, USA; Limerick City Gallery; and The CAC, Concord, MA, USA.