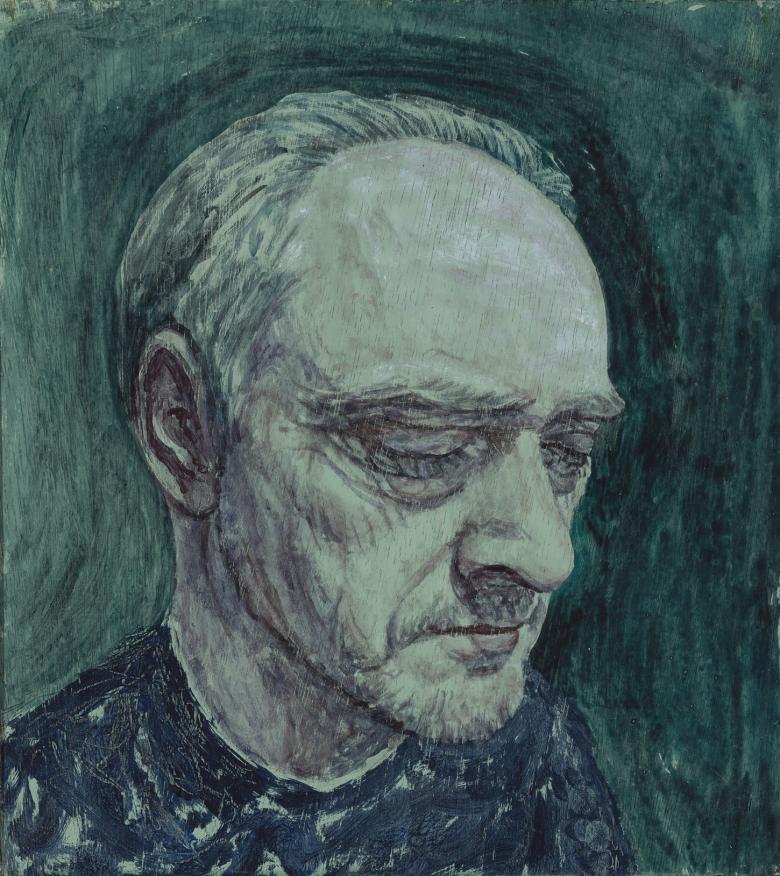 ‘The human face is like a journal reflecting its personal history in its own physical and emotional geographical mapping. However, beyond the “cover of this human book” lies the hidden inner private depths that can only be revealed through a slow, in-depth meditative/intimate portrait study.

I paint portraits on wood, often allowing the grain to maintain a stubborn, residual presence, coming through the image, adding a sense of duration and imparting the feeling that the image is tenuous, immaterial, barely there against the immensity of time.’

Christopher Banahan was born in 1958 in Nottingham, United Kingdom. He received an MA in Fine Art at Goldsmiths in 1984. In 1990, he was awarded a Rome Scholarship in Painting at the British School at Rome.

He has works in many public collections, such as Microsoft Ireland, OPW, The Arts Council and the European Central Bank. His work has been selected for numerous open competitions such as EVA, COE, Iontas, and the RHA Annual. During the 1990s, he had two solo exhibitions with the Jo Rain Gallery, Dublin, and four solo exhibitions with Hallward Gallery, Dublin, including Icons from the House of the Tragic Poet in 1999, and Letterbox Memoirs in 2003. He is based in Kinvara, Galway.

See the next work, by Shane Berkery