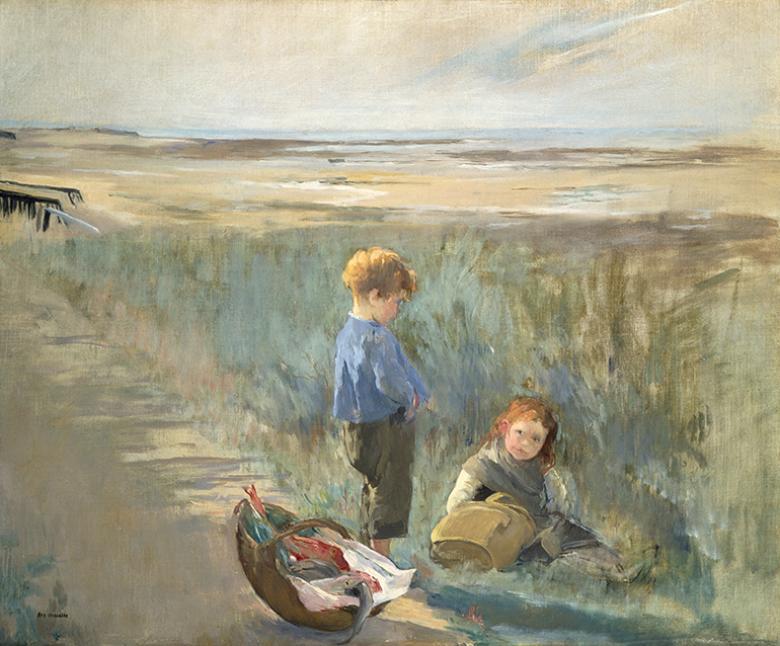 Eva Gonzalès grew up in an artistic family; her father was a writer and her mother a musician. She attended the classes for women taught by the society portrait painter Charles Chaplin and exhibited at the Salon in 1870. She met Edouard Manet in 1869, modelled for him and became his only formal pupil. Although today she is often grouped with the Impressionists, Gonzalès, like Manet, declined to exhibit at their independent exhibitions, preferring to show her work at the Salon. Her oeuvre consists mostly of portraits, still lifes and scenes from contemporary life.

Gonzalès painted this scene while visiting the seaside resort of Grandcamp in Normandy. It depicts two local children at the verge of a coastal path. A basket of fish rests beside them; as though a still life within the genre scene. The composition is dominated by areas of sand and grass, while a pale line of blue marks the high horizon. Gonzalès had painted scenes at Dieppe in 1871, where she moved from Paris during the Franco-Prussian War. This scene is executed in a much looser, sketchier manner indicative of the influence that Manet’s teaching had upon her style and technique in the intervening years.