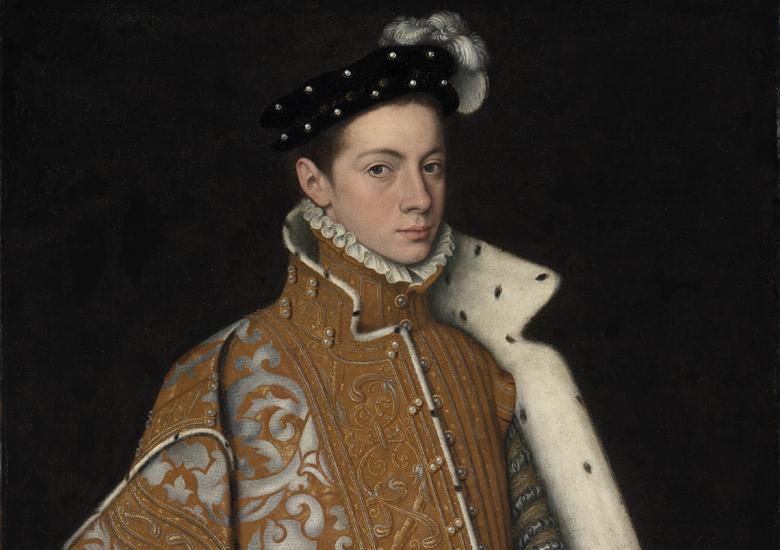 Although all six daughters of the Anguissola family became painters, Sofonisba, the eldest, enjoyed the most success. In 1559 she was invited to the court of Madrid to become lady-in-waiting to Queen Elizabeth of Valois. While in Spain, she developed her skill as a portrait painter, combining an ability to capture a likeness with an attention to sumptuous costume detail.

Here she portrayed Alessandro Farnese, the son of the Duke of Parma, at fifteen years old. This portrait was inadvertently the first work by a female artist to be acquired by the Gallery. When it was purchased in 1864 it was attributed to Anguissola's male contemporary Alonso Sanchez Coello. The true identity of the artist was identified in modern times when more research was published about Anguissola and her body of work.