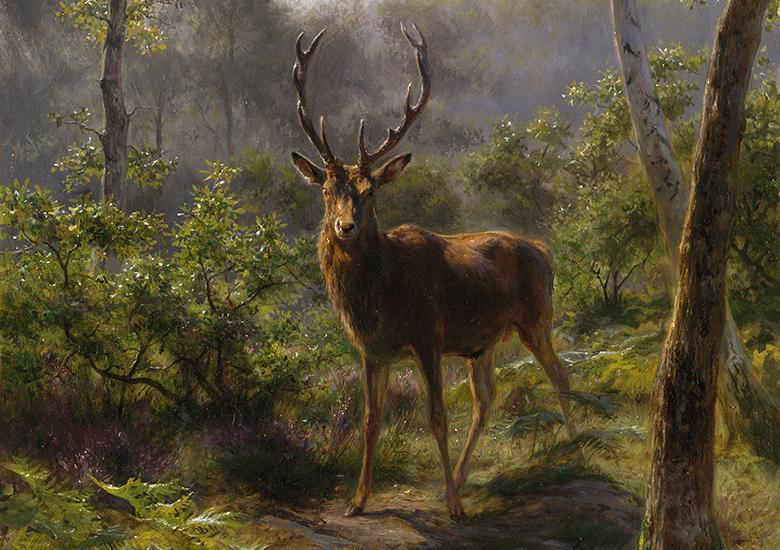 Bonheur was an animalière - an artist who specialised in depicting animals. She observed her subjects from nature and visited abbatoirs to study anatomy at first hand. Because dresses were restrictive, Bonheur succeeded in obtaining a police permit to wear men's clothing while she worked. From 1860 she lived at the Château de By near Fontainebleau. She kept a large menagerie and made many paintings of deer in the woodlands around her home. In 1865 Bonheur became the first woman artist to receive the cross of the Légion d'Honneur.