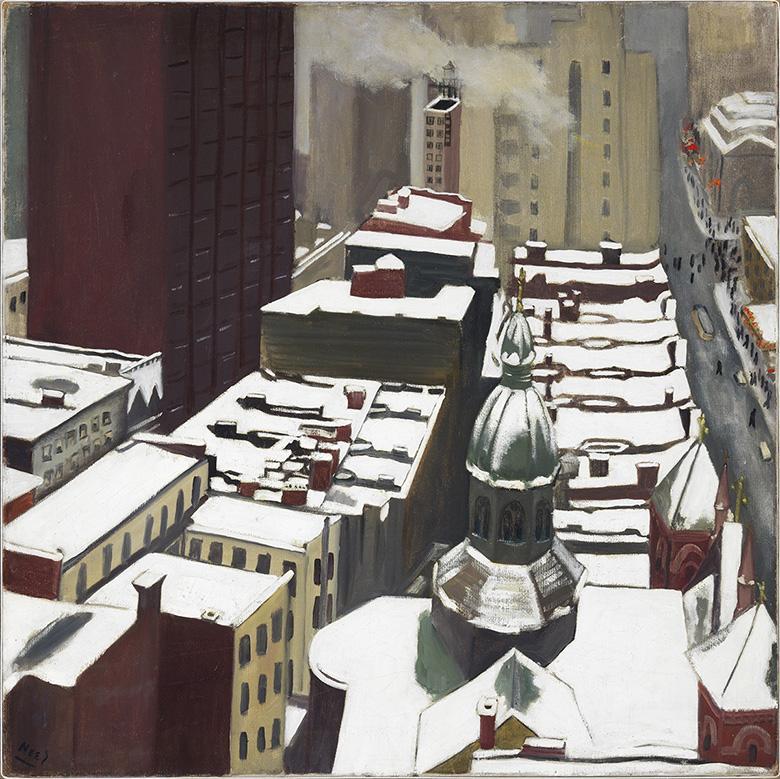 Alice Neel lived and worked in New York. While she painted many street-scenes and still-lifes, she is best-known for her realist portraits of friends, neighbours, and strangers. Neel trained at Philadelphia School of Design for Women in the 1920s. In 1933, she was one of the first artists to enrol in the Public Works of Art Project, a New Deal initiative to give artists employment. Despite facing many personal and professional challenges Neel was a hugely prolific artist.

In 1932 Alice Neel moved into a Greenwich Village apartment with Kenneth Doolittle, a merchant marine who suffered from opium addiction. In December 1934, he destroyed most of her work in a jealous rage; c.60 paintings, and over 200 drawings and watercolours. Neel said that ‘it was a frightful act of male chauvinism: that he could control me completely. I had to run out of the apartment or I would have had my throat cut. That was a traumatic experience as he had destroyed a lot of my best work, things I had done before I ever knew he existed. It took me years to get over it.’ Neel spent the next week in a West 42nd Street hotel with John Rothschild, a wealthy friend, supporter, and occasional lover. It was there that she painted this snowy cityscape.

‘I was only there for a week and did a snow scene from the window, with a church in the foreground. You look up 42nd Street and see all the people.’ Looking northwards, the view shows the distinctive roof of Holy Cross Church in the immediate foreground. Touches of red indicate lights on theatre frontages, while abbreviated black stokes delineate anonymous people coming and going below. This painting marks a new beginning for Neel.