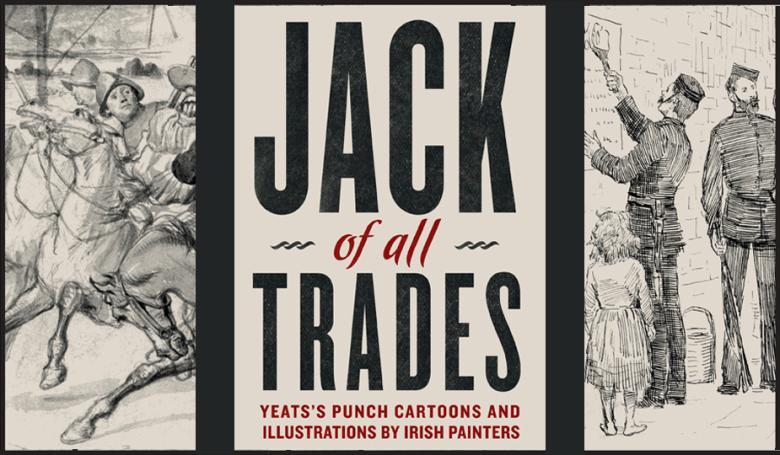 Jack of all Trades

Many artists have applied their artistic skills to the production of commercial artwork such as book illustration and graphic design. In addition to providing a source of income, this type of work, though frowned upon by some artists, offered others an interesting and alternative channel for the expression of their particular visual concerns.

A lesser–known area of this practice is the work that artists produced for the popular press, such as the illustrations and cartoons commissioned for newspapers and magazines. These works are often considered outside an artist’s normal oeuvre as reproductions were typically published unsigned and un-credited, or even under a pseudonym.

This exhibition featured a selection of illustrations that highlight the tradition of commercial illustration by Irish artists who are best-known for their achievements in painting. This includes Jack B. Yeats, Aloysius O’Kelly and Richard Thomas Moynan. Although often overlooked, the illustrative work of these artists provides an alternative and valuable insight into their personality and particular social, political and aesthetic interests