Moment in Time: Reading the exhibition 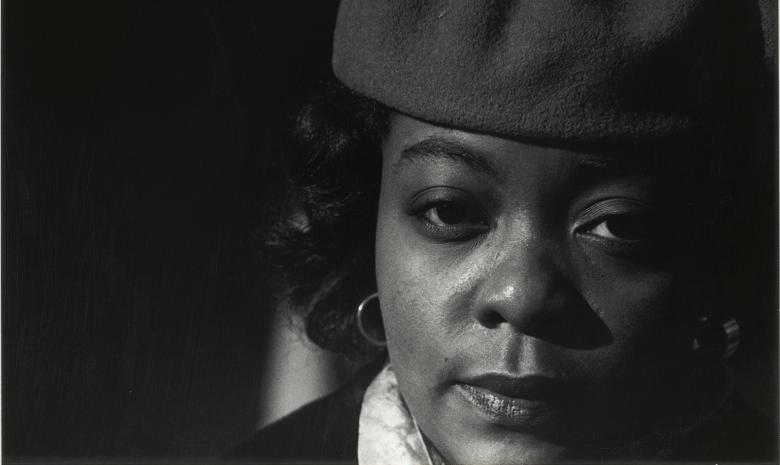 Our 2019–2020 exhibition Moment in Time: A Legacy of Photographs | Works from the Bank of America Collection prompted us to read (and in some cases re-read) some classic American literature.

Poet Walt Whitman once said that "the United States are themselves the greatest poem". A wander around Moment in Time: A Legacy of Photographs | Works from the Bank of America Collection (on view until 20 September 2020), taking in the many iconic photographs of American life it featured, was a wonderful way to hear and understand the poetry of the country. It also inspired us to read more American poetry and literature of the era, so we have put together a reading list which you might enjoy!

Beaumont and Nancy Newhall, the pioneering collectors who initially assembled the impressive selection of photographs in the exhibition, believed that the understanding of historic work was integral to contextualising the present. Similarly, the understanding of the photographs on display can be enhanced by looking at some of the writings of the period for context.

The list below is loosely grouped under geographical headings, and many of the writers would be equally at home under a different heading. Some of the books we have included have not aged particularly well for modern readers, but are still interesting to look at as snapshots of that time. This is by no means a comprehensive list. We would love to add to it, so please message us on any of our social media channels with your own suggestions.

“The city seen from the Queensboro bridge is always the city seen for the first time, in its first wild promise of all the mystery and the beauty of the world.” F. Scott Fitzgerald, The Great Gatsby.

New York is well represented in the exhibition, with photographs like Edward Steichen’s atmospheric shot of the Brooklyn Bridge (1903) and Helen Levitt’s Harlem street photography.

Technically this is set mostly in Long Island, and not New York, but it is the ultimate novel about the Jazz Age (a term Fitzgerald himself coined), and, as writer and editor Robert McCrum described it, it is “a hymn to the anxieties of the American dream”.

This experimental, modernist novel has traits in common with James Joyce’s Ulysses, and brings the reader on a journey from the turn of the century up until the Great Depression through a stylistically innovative, episodic narrative, constructing a unique portrait of the city of New York.

A lyrical, semi-autobiographical coming-of-age novel set in 1930s Harlem, Go Tell it on the Mountain is set in one day in the life of its fourteen-year-old protagonist, but also stretches back through time and space to explore the lives of his antecedents in the Deep South.

DeLillo’s sprawling epic covers much of the second half of the twentieth century through a series of linked vignettes, beginning in 1951 at one of the most famous baseball games ever played with the Dodgers taking on the Giants.

Set in Harlem during the Jazz Age, Morrison’s novel tells the stories of how the characters made their way north, with the narrative taking on the syncopation of jazz music, linking stories and building to a crescendo.

“She is a novelty; for she is never the Chicago you saw when you passed through the last time.” Mark Twain.

The city of Chicago is at the heart of the exhibition, with powerful works by artists like Henry Callahan (above), Aaron Siskind and Art Sinsabaugh.

Another novel that looks at the idea of “the American Dream”. While it has not aged well, Dreiser’s novel made an impact when it was first published and was described by Sinclair Lewis as coming “to housebound and airless America like a great free Western wind”. It is a portrait of urban America at the dawn of the new century, with Faustian overtones.

This novel is, at its heart, an investigation into the appalling standards that existed for immigrant workers in Chicago’s meatpacking industry. Sinclair went undercover to research his novel, and the impact following its publication was swift, although much of the public outcry focused on the unsanitary conditions of the industry rather than the workers’ conditions that Sinclair was trying to highlight.

“The day Native Son appeared, American culture was changed forever”, said critic Irving Howe. Wright’s groundbreaking novel deals with the deep segregation and divides that existed in Chicago, a city to which thousands of African Americans from the South came during the Great Migration, and of the terrible consequences of racial oppression and disenfranchisement.

Beginning in Chicago during the Great Depression, Bellow’s coming-of-age novel follows the adventures of the eponymous hero as he grows up, encountering a series of memorable characters along the way.

Poetry, essays, or short stories of Chicago to read

"Los Angeles come to me the way I came to you, my feet over your streets, you pretty town I loved you so much, you sad flower in the sand, you pretty town…". John Fante, Ask the Dust.

The diversity of the state of California can be seen in the sheer variety of subject matters which represent it in the exhibition by photographers like Pirkle Jones, Ansel Adams, Liliane de Cock and Dorothea Lange.

A novel about the exodus to Hollywood during the Great Depression by those hoping to make their fortune there.

This classic LA noir book introduced the world to the detective Philip Marlowe, who spawned a thousand imitators.

Fante’s semi-autobiographical novel is an era-defining work, telling the story of writer Arturo Bandini, who is struggling to make it in Depression-era Los Angeles.

The definitive novel of the Beat generation, this loosely autobiographical novel follows Sal Paradise (based on Kerouac himself) and Dean Moriarty (Neal Cassady) on a road trip from New York to San Francisco, and south to Mexico, as they experience all that America has to offer.

Not a Californian book per se, but rather a book about the long and difficult journey to California and the dream of a better life there during the Great Depression. Steinbeck’s devastating novel lays bare the social and economic burdens of farming in the American Dust Bowl, and his work finds its match in the photography of Dorothea Lange, whose photographs feature in our exhibition. In fact, the novel had its beginnings in a series of newspaper articles that Steinbeck published in the San Francisco News in October 1936 which were illustrated by photographs by Lange.

Poetry, stories, or essays of California to read

“Everyone in the South has no time for reading because they are all too busy writing”. William Faulkner.

In Moment in Time, the American South is seen through the lens of photographers Robert Frank and Walker Evans.

Like many of the books on our list this is about a journey, in this case the journey of the body of Addie Bundren to her burial place in Jefferson Mississippi. The narrative is told from fifteen different viewpoints, in a modernist stream-of-consciousness style. Faulkner claimed to have written it in just six weeks!

Carson McCullers, The Heart is a Lonely Hunter (1940)

Written when McCullers was just 23 years old, this is a beautiful but tragic book which deals with social alienation and isolation. Set in a small mill town in Georgia, the reader is introduced to a small cast of characters whose lives intersect, linked through John Singer, a non-verbal man who is deaf and acts as confessor to the various lost souls who confide in him.

Originally conceived as an illustrated article for Fortune magazine, with photographs by Walker Evans (whose work you will come across in the exhibition), the project grew into this almost unclassifiable piece of writing. Part reportage, part polemic against the situation in which the share croppers find themselves, and part transcendent prose, the book is raised to yet another level by Evans’ accompanying photographs.

Poetry, short stories or essays of the American South to read

We asked our readers to suggest other books that they felt would complement the exhibition. Here are some of their suggestions: