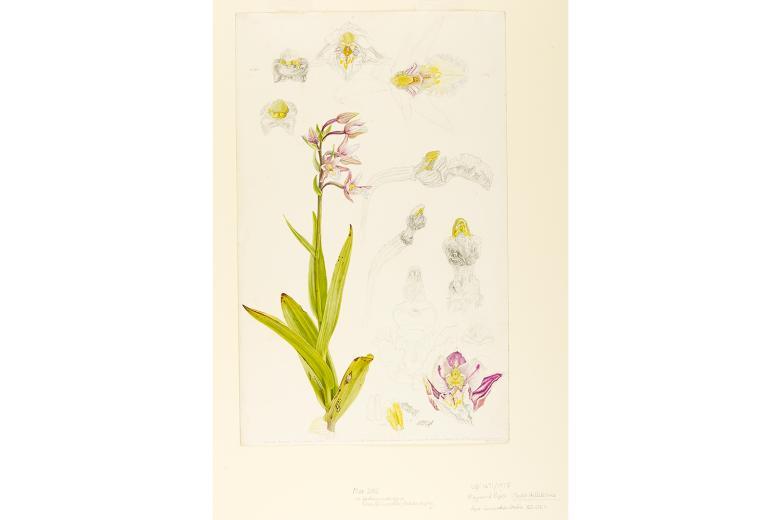 The marsh helleborine is a species of orchid native to both Europe and Asia. It can be found in alkaline marshes in the centre of Ireland and is very rare in the north of the country. Piper recorded this example as flowering on the 18th July 1978.

Piper joined the Belfast Naturalists Field Club in 1946, and became an expert on Ireland’s wild flora. He had a particular love of orchids and spent over forty years observing and recording them.

He had a deep affinity with the Burren, its landscape and its plants. He and the poet Michael Longley were good friends. Longley wrote that the artist - ‘led me on pilgrimages to some of the most beautiful places in Ireland. It has been my privilege to trail along behind him through hedges, over walls, across bogs, and up mountains.’