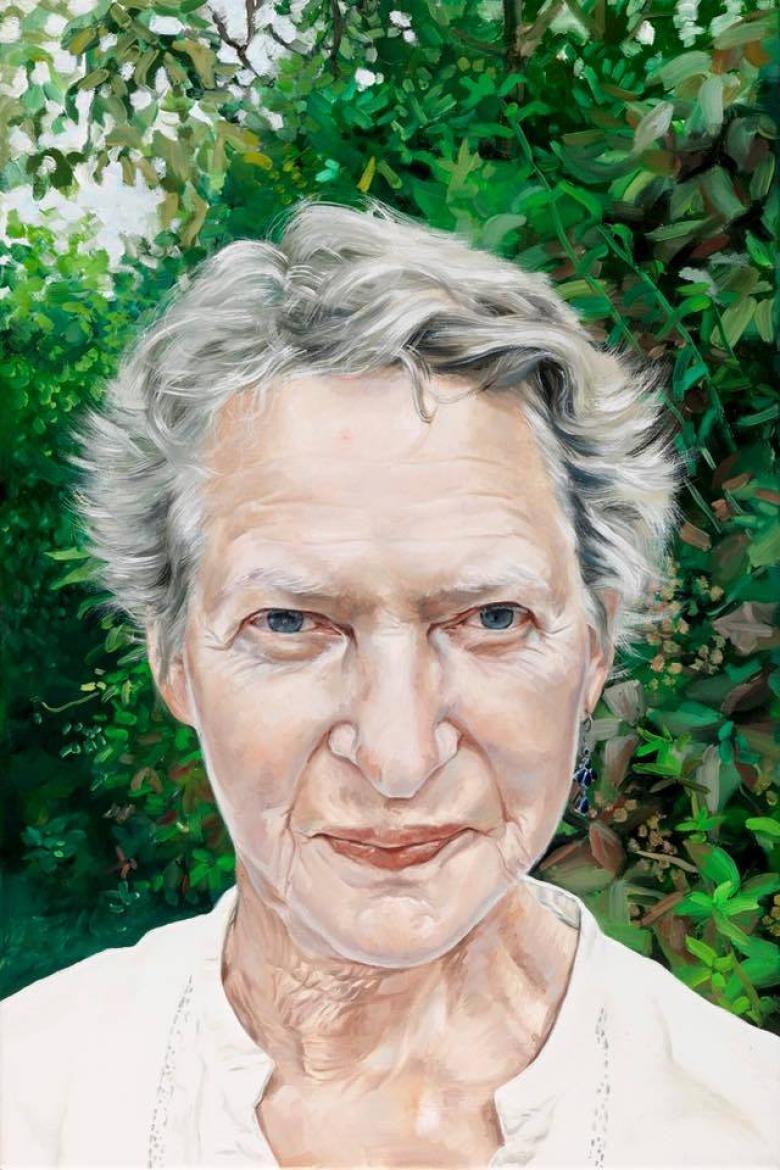 Winner of the Hennessy Portrait Prize 2015

‘I had previously done a sculpture of several heads, which was loosely based on my friend’s family. In the sculpture the face of my friend’s mother Anne really stood out from the group on account of her intense gaze and beautiful but very distinct features. As I am probably more proficient with paint I really wanted to have another look at her face and explore it as a painting. While this is obviously a portrait, what interests me most about depicting people is the texture of the skin with wrinkles, veins and tonal variations. Imperfections and signs of ageing show the fragility of the body and its mortality, which for me makes the portrait of an individual universally relevant.’

Vera Klute lives and works in Dublin and has exhibited widely in Ireland and abroad. She is represented in the National Portrait Collection at the NGI and the National Self-Portrait Collection in the University of Limerick. This year she was awarded the Hennessy Craig Scholarship at the RHA Annual Exhibition. She has received several Arts Council Bursary Awards, the K+M Evans Award (RHA Annual) and the Emerging Visual Artist Award (Wexford Arts Centre). She has held solo exhibitions recently at the LAB and the RHA (both in Dublin), QSS Gallery (Belfast), the Butler Gallery (Kilkenny) and the Wexford Arts Centre. A solo exhibition at the Molesworth Gallery is scheduled for 2016