Etchings and drawings by Günter Schöllkopf 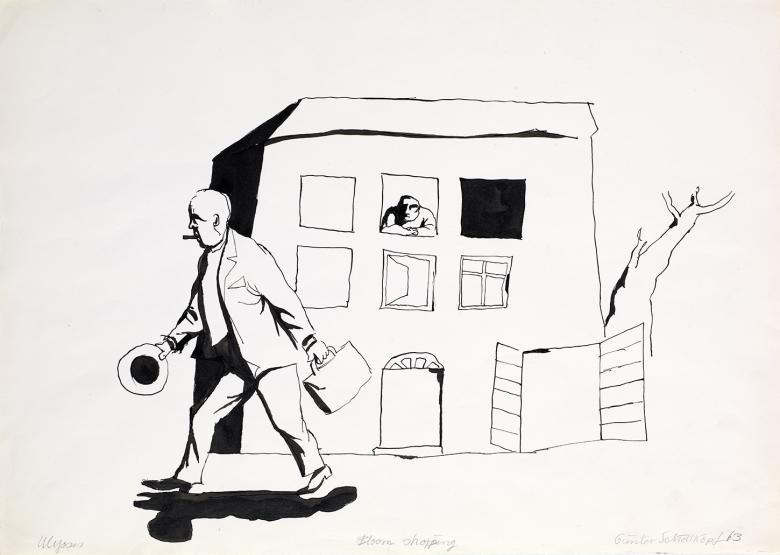 In 2019, Heidrun Schöllkopf-Schober presented the Gallery with 79 works on paper by her brother, Günter Schöllkopf. These drawings and etchings are mostly inspired by James Joyce's pioneering book Ulysses, while several relate to Finnegan’s Wake.

Dating from the 1960s and 1970s, Schöllkopf’s intriguing images draw the viewer in and demand closer inspection. They reveal how the German artist's imagination was ignited by the book’s exploration of the unconscious mind, where sexual fantasies flourish, hallucinations abound and bizarre events unfold.

See these works on display in the Gallery

34 of Schöllkopf’s drawings and etchings are on view for the first time in our exhibition Celebrating Ulysses, which marks the centennial of James Joyce’s modernist epic. This free exhibition is on view until 21 August 2022.

Günter Schöllkopf (1935–1979) was a graphic artist and painter from Stuttgart, who drew his ideas from world literature, music, history, and politics. Many of his drawings were used as illustrations in German newspapers.

See the Gallery's full collection of works by Schöllkopf in our online collection catalogue.

A closer look at some of Schöllkopf's works 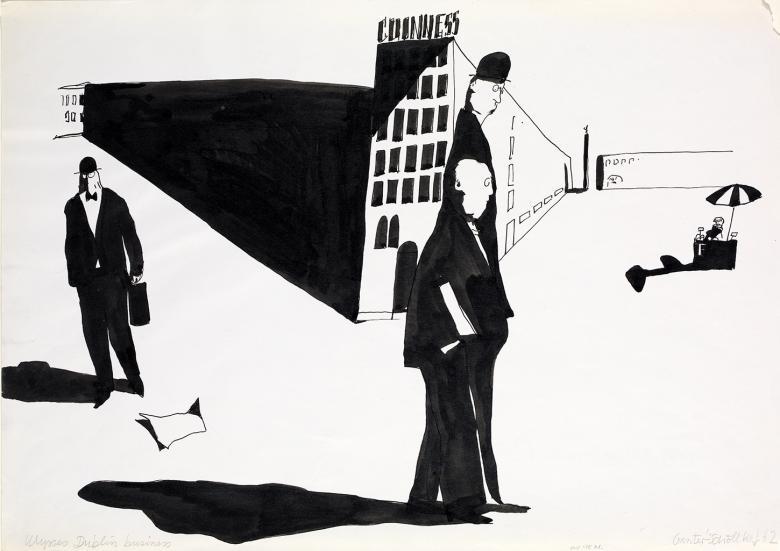 Although James Joyce made his home in mainland Europe, he carried a clear mental and emotional picture of the city he left behind. Ulysses vividly details the local shops, public houses, hoardings, people, sounds and smells of Dublin. Günter Schöllkopf captured a sense of the city’s streets and buildings in works such as Dublin Business, in which the striking contrast of black and white also points to the artist's work as an illustrator. 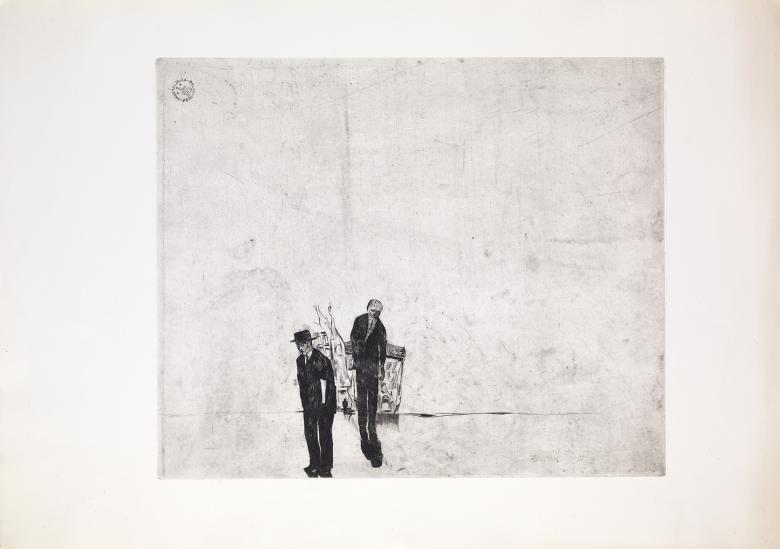 Schöllkopf’s use of empty space in his etchings focuses the viewer’s attention on the foreground figures and contributes to the pervading sense of alienation. Such feelings of isolation are experienced by the characters Stephen Dedalus and Leopold Bloom throughout Ulysses.

New to the Nation