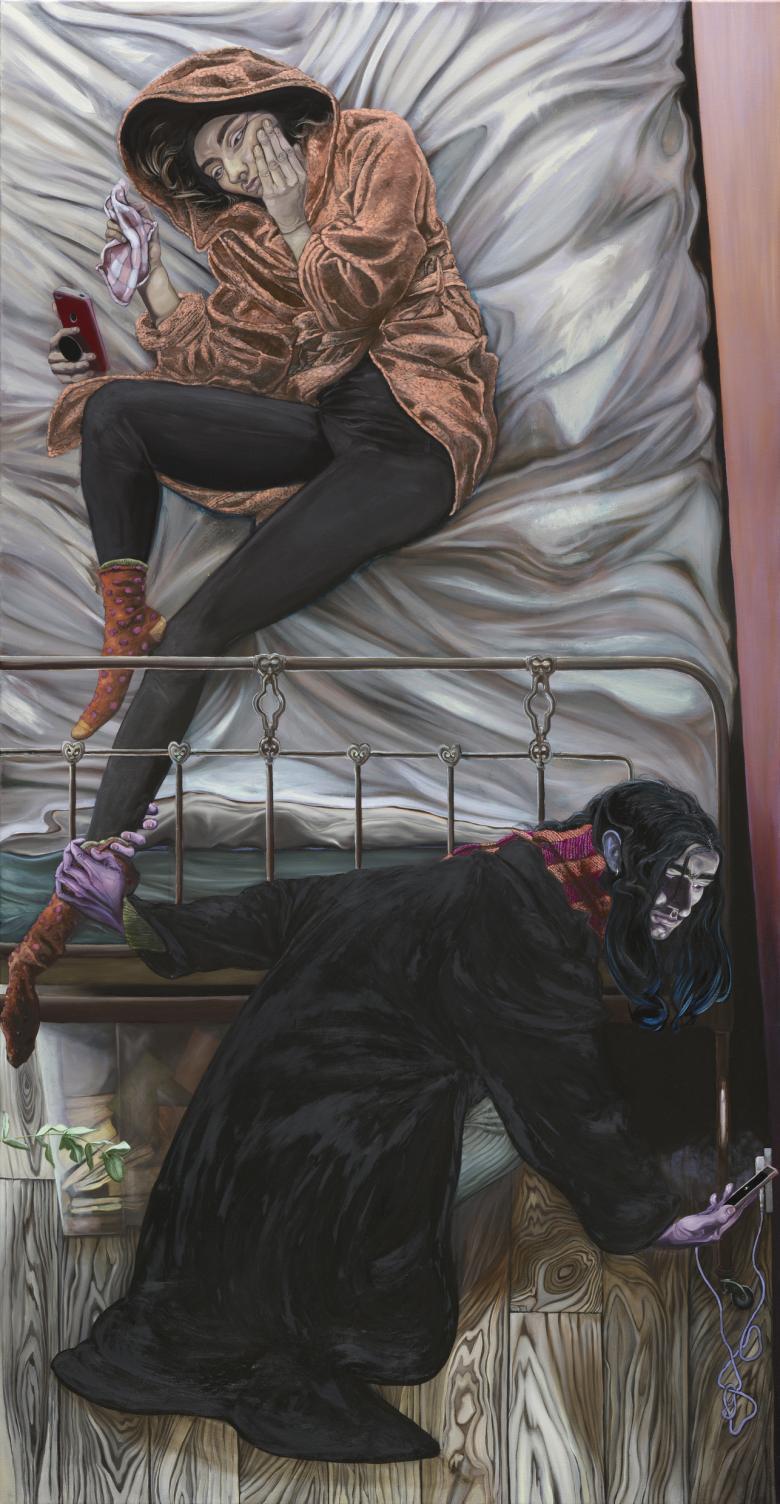 'Lucy with 3 hands and me holding onto her leg is a painting about my relationship with Lucy. Relationships are hard work. Is one’s love best for another? Here, we are depicted relaxing. I am at the foot of the bed plugging my phone in to charge. My hand is on her foot. She is depicted with three hands: one on her face, one holding a hanky and the other on her phone. The painting’s composition was influenced by a diagram of a flower.’

Salvatore of Lucan is of mixed-race: half Irish and half Bangladeshi. He was raised by his mother, a single parent, who lives with her mother and his younger sister. He mainly makes work about his own life, often figurative domestic scenes. He always wants to represent himself as accurately as possible. Throughout his life, he has been asked where he is from, to which he has always replied ‘Lucan’. This is why he is called Salvatore of Lucan, to represent himself more accurately. Since graduating from NCAD in 2016, he has been living and working in Dublin.

See the next work, by Paul MacCormaic