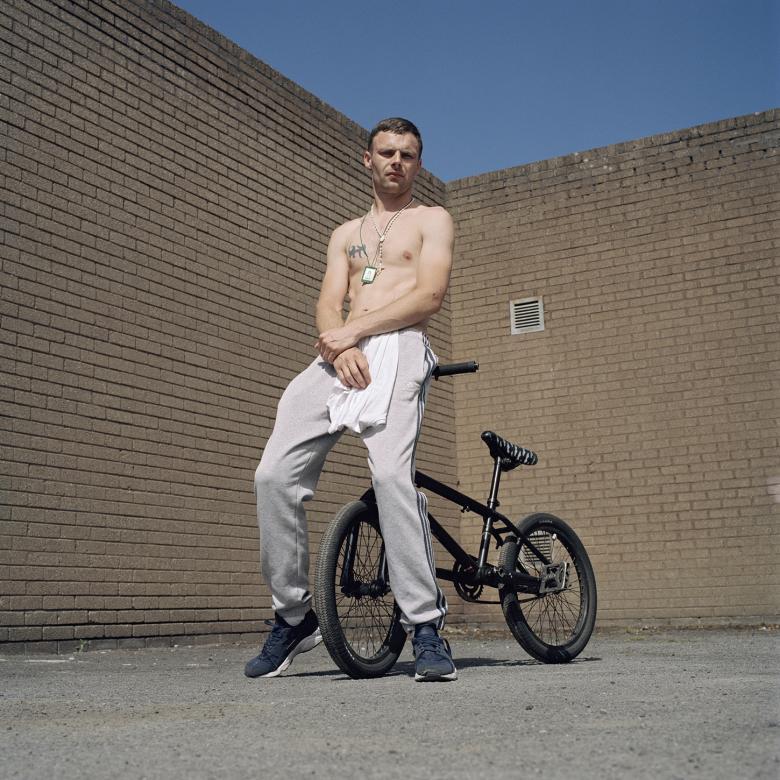 ‘This portrait of Stephen forms part of an ongoing body of work, Too Hot for Tops, a study of men who venture onto Dublin’s streets unselfconsciously bare-chested on a summer’s day. Shot on film, subjects are photographed where encountered and centrally framed. The interplay between the subject’s near-defiant pride and their subtle vulnerability is at the heart of this work.’

Liam Murphy is an Irish photographer living in Dublin. While his work is diverse, he focuses primarily on people, and is particularly drawn to the everyday outsider. Murphy’s practice is a pursuit of chance revelation. His approach to portraiture is most informed by that which a subject unwittingly imparts during a fleeting exchange. He holds a BA (Hons) in Communications from DIT. His commissions and personal projects see him work internationally.

See the next work, by Liam Robinson