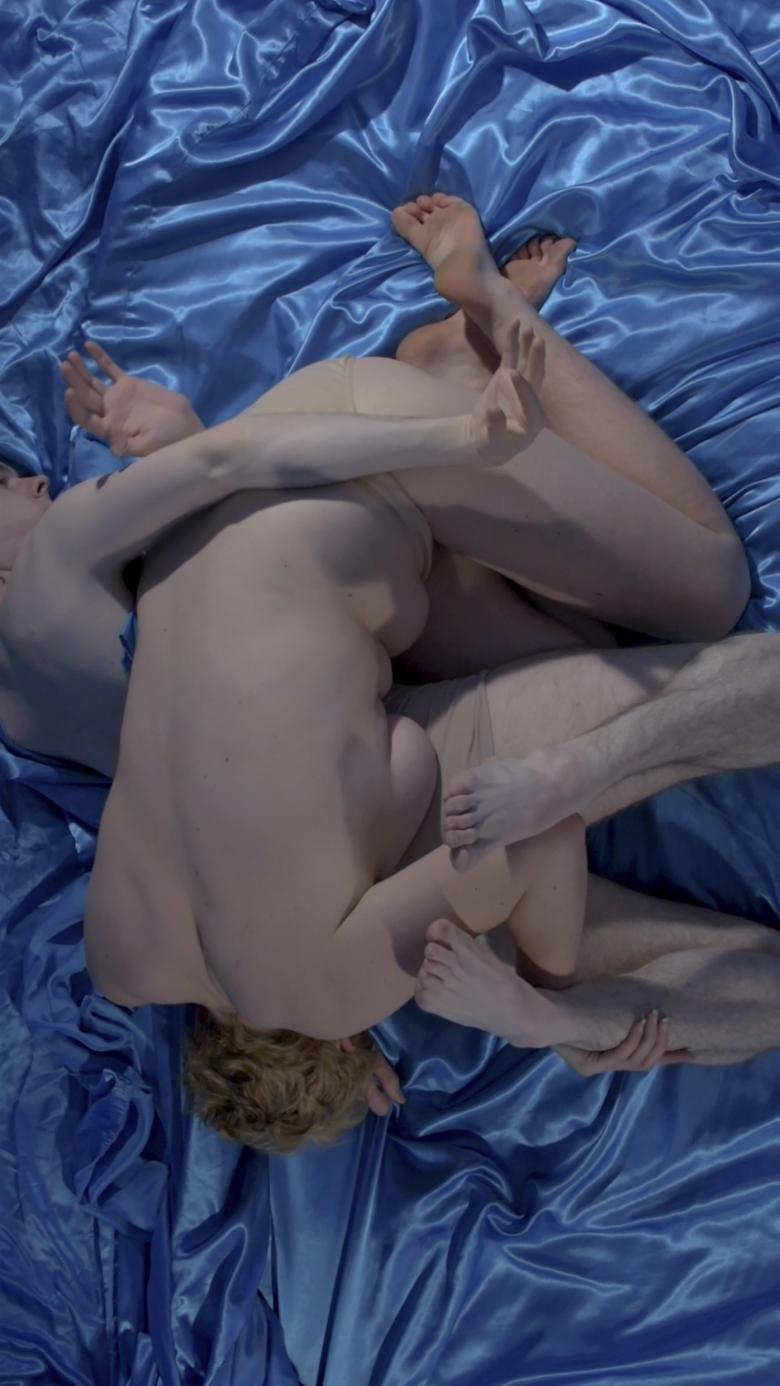 ‘This triptych is concerned with the anxieties surrounding issues such as gender and self-identity. The video portraits, referencing Renaissance frescos, feature bodies that do not conform to traditional gender binaries. The semi-nude figures are reminiscent of Michelangelo’s frescos in the Sistine Chapel, which were censored due to the Pope’s view that nudity was outrageous and shameful. Blue has always been perceived as a ‘gendered’ colour. Since the twelfth century, blue, a precious pigment often derived from lapis lazuli, was associated with divinity and femininity. This is in contrast to the twentieth-century notion that ‘blue is for boys’.’

Bríd Murphy is a visual artist from Portarlington, Laois. She recently graduated from Limerick School of Art and Design with a BA in Sculpture and Combined Media. Her practice explores themes such as gender, anxiety and self-identity through a wide variety of media including video, drawing and performance. Her work has been exhibited in group shows, such as PeakShow and K-FEST. More recently she has shown work in the National Museum of Ireland, Castlebar and the National Museum of Ireland, Collins Barracks.

See the next work, by Liam Murphy