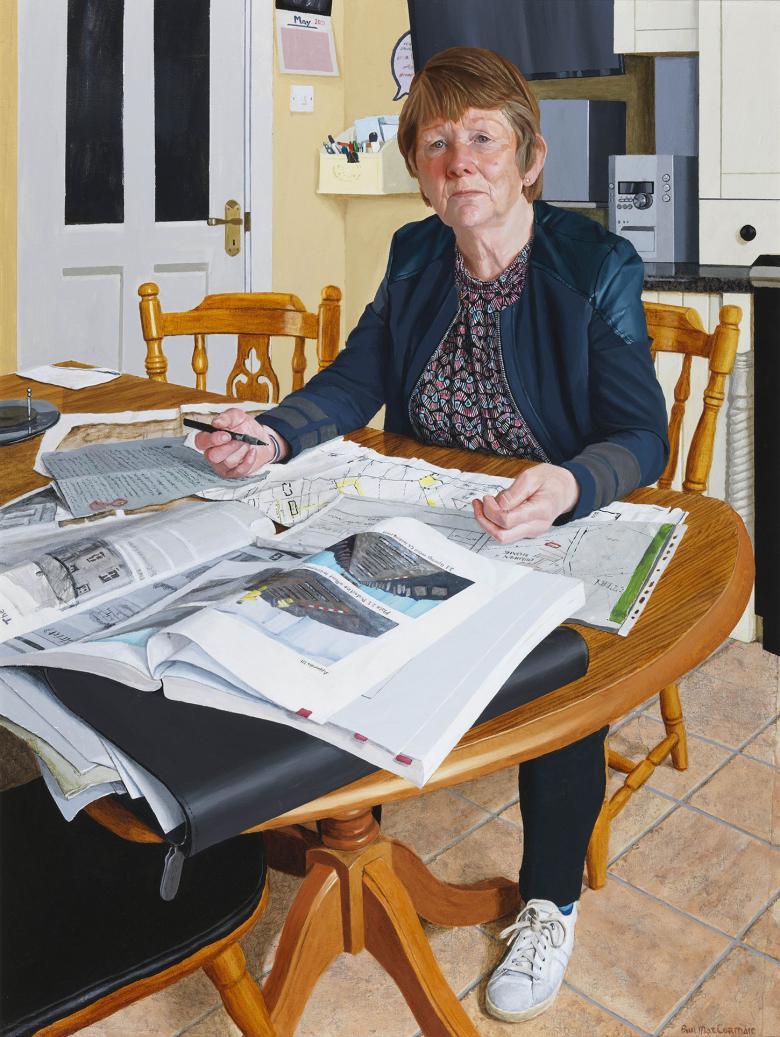 Oil and acrylic on canvas

This is the first portrait in a series with the working title The Vanquished Writing History. It comprises portraits of those who write alternative histories to counter those composed by the victorious, and who advocate on behalf of the poor. Paul wrote to Catherine Corless explaining the concept and she was the first to agree to have her portrait made. He spoke to her by phone to arrange composition and lighting. He visited her house and everything he wanted included was laid out. It was just a matter of taking the right photograph in the right space and completing the portrait in his studio.

< Back to the full shortlist