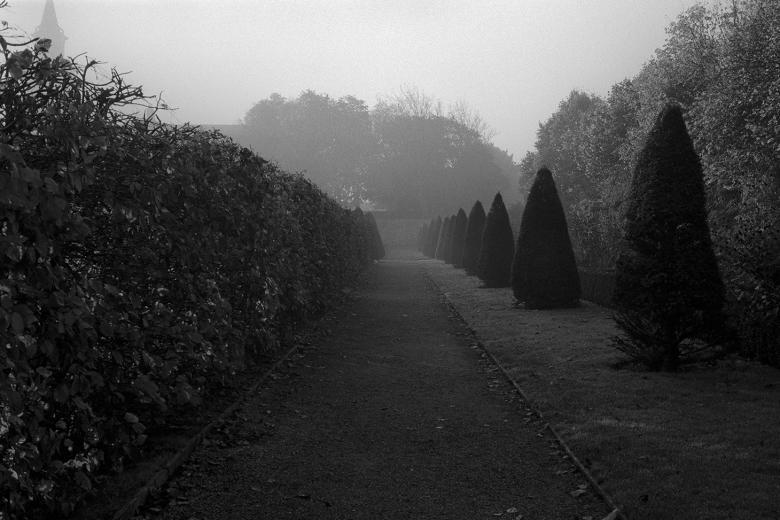 Writer Ian Maleney, whose debut book, Minor Monuments was published in April 2019 by Tramp Press, visited our 2019 exhibition Shaping Ireland: Landscapes in Irish Art and wrote about two of the photographs by artist Caoimhe Kilfeather.

Seeing Caoimhe Kilfeather's 'in life (i)' and 'in life (ii)', seeing them side-by-side as it seems they must be seen, my mind jumped immediately to Alain Resnais' film, Last Year at Marienbad. It's a film where time folds back upon itself repeatedly, obscuring and finally destroying any idea of narrative progress. Kilfeather's photographs, misted and dark, do not offer a way out – instead, they draw you in, in and then further in again, bottomless and black, until you notice the footsteps in the morning dew. An idea rises of the photographer looking back upon their own movement, asking the question, 'I came from there, but where do I go from here?' These photographs, still as they are, turn intricately back upon themselves. The eye passes – somewhat frantic, somewhat lost – from one to the other, and back again; their paths cut off, recursive – a garden become a maze. 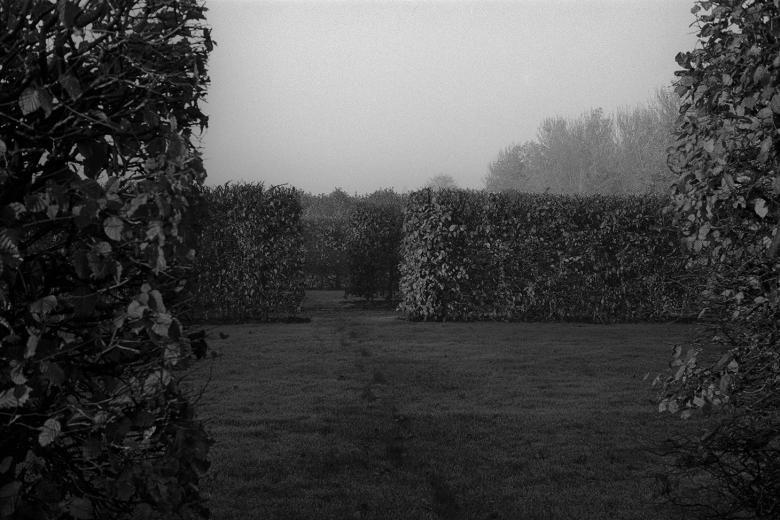 Ian Maleney is a writer based in Dublin. Born and raised in Co. Offaly, he works as a freelance arts journalist, primarily for the ​Irish Times​, and as the online editor at the ​Stinging Fly​. His essays have been published by ​Winter Papers, g​orse​, and the ​Dublin Review.​ He is the founder of Fallow Media, an interdisciplinary publication for music, photography, and long-form writing on the internet. Minor Monuments, his debut novel, was published in April 2019 by Tramp Press.

What people are saying about Minor Monuments

‘Minor Monuments is beautifully poised between the vivid recollection of experience and subtle reflections on the nature of memory itself. Ian Maleny writes with both a poetic serenity and a starting immediacy, a combination as rare as it is absorbing.’ – Fintan O’Toole

‘Minor Monuments is brilliant, pulsing with intellect and insight, with each observation composed so beautifully as to be deeply moving. This is the kind of book that changes its reader.’ – Lisa McInerney