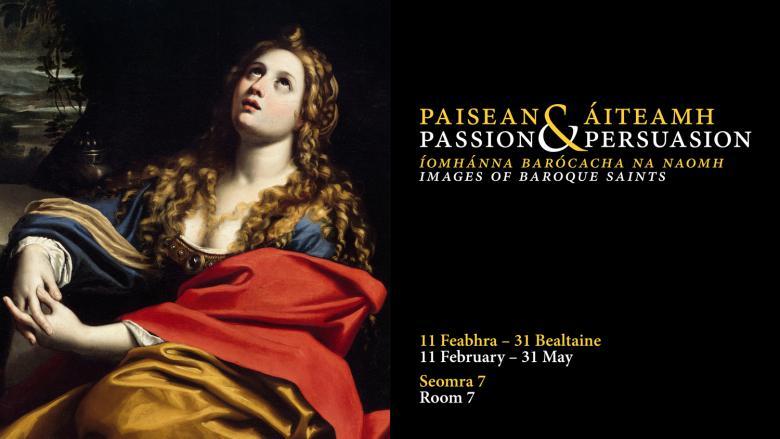 This exhibition focused on baroque seventeenth-century paintings of popular Counter-Reformation saints including Mary Magdalene, John the Baptist, Sebastian, Irene, Rufina, Alexis and Joseph. It demonstrated the impact of St Ignatius Loyola, founder of the Jesuit order, who wrote the ‘Spiritual Exercises’ in the early 1520s. The influence of the ‘Exercises’ on Counter-Reformation art has been widely acknowledged.

During the Reformation, objections had been raised regarding the appropriate use of religious imagery, which in some cases had led to Protestant iconoclasm. As Protestants no longer accepted saints as intercessors, their role within the practice of the Protestant religion declined. Catholics still regarded saints as important role models who could inspire and educate others. As a result, the representation of saints in art was encouraged. Caravaggio and Annibale Carracci, who were working in Rome at the beginning of the seventeenth century, and were close to the papal hierarchy, were the main protagonists of the new style.

The artists represented in this exhibition directly reflected the artistic inheritance left in their wake. The exhibition com[rised works from the Gallery’s collection of Italian, Spanish and Flemish artists, among them, Giordano, Mattia Preti, Jacob Jordaens, Guercino and Domenichino.