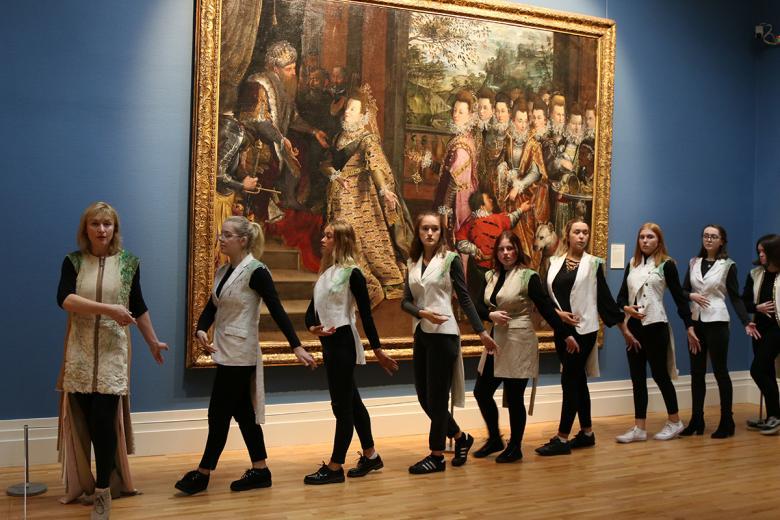 Floats in the Aether by Amanda Coogan - The Route

On the centenary of the parliamentary vote for women in Ireland, and the election of Constance Markievicz as the first woman to the Parliament of the United Kingdom, artist Amanda Coogan was invited to create a new artwork at the National Gallery of Ireland in tandem with our exhibition Markievicz: Portraits and Propaganda.

The resulting work, Floats in the Aether is an ambitious, large-scale performance comprising a series of events involving over 100 women and girls of different backgrounds and social contexts. In each event, Coogan leads a silent, slow-moving, choreographed procession through the historic rooms of the National Gallery, passing along a very specific route. The route was mapped by Coogan in order to highlight women artists in our collection, and to pay homage to those women and their work. As Coogan passes each of these works during her performances, she makes a special gesture in Irish Sign Language, recognising and acknowledging the artists. 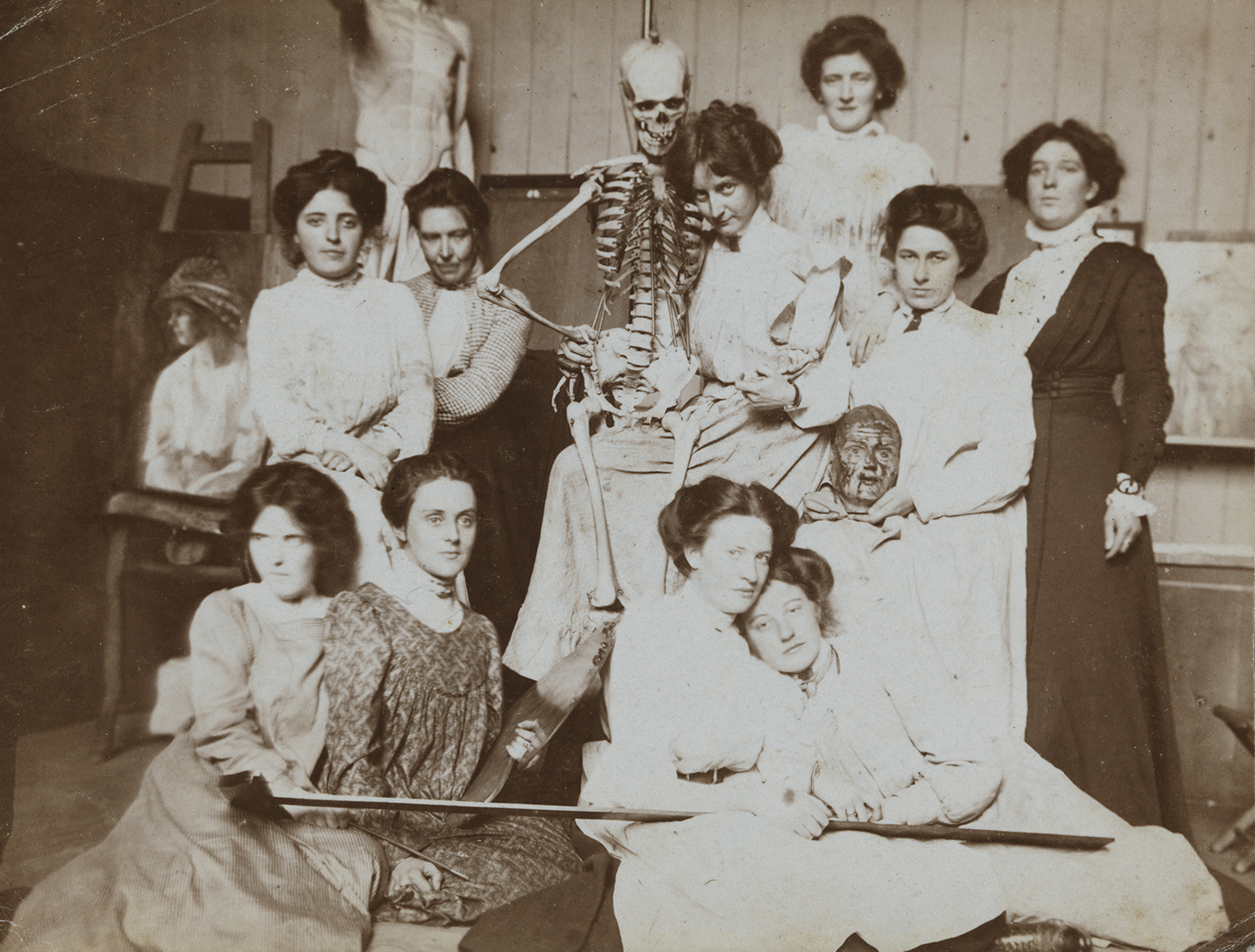 It is no accident that the first exhibition that Amanda Coogan walks through during her performances is [In]visible: Irish Women Artists from the Archive. This exhibition highlights some of the collections of work by women artists that are stored in our archives, and includes letters, scrapbooks and photographs. For each performance of Floats in the Aether, the participants pause at a photograph (above) of a group of women who attended the Dublin Metropolitan School of Art (now the National College of Art and Design). The photo features prominent artists from the 20th century, including Margaret Clarke, Estella Solomons and Beatrice Elvery.

Next, Amanda Coogan and the performers enter the Irish collection in the historic wings. Here, they pause to look at Mainie Jellett’s 1923 work Decoration. Though essentially abstract, the format, colour and media of this work recall religious icons depicting the Madonna and Child. When shown in 1923 at a Society of Dublin Painters exhibition, it caused a furore, with one critic describing it as ‘artistic malaria’ and the ‘sub-human art of Miss Jellett’. Mainie Jellett was later recognised by critics as one of the greatest advocates of the modern art movement in Ireland. 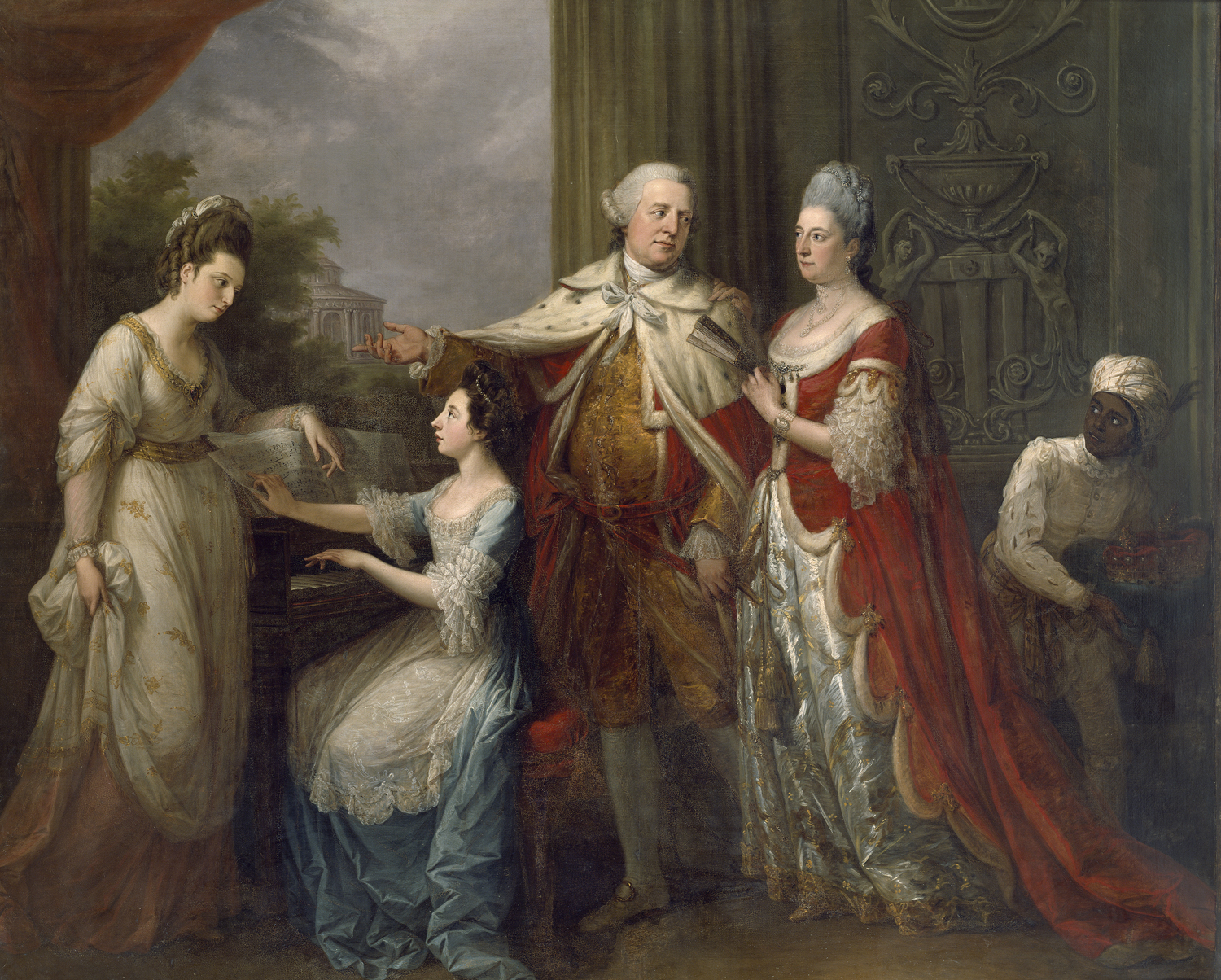 Having made their way through the Shaw Room and up the sweeping stairs to the Grand Gallery, the performers pause at Anjelica Kauffman’s The Ely Family (above). Kauffman, who was born in Switzerland in 1741, was one of the leading artists of the late 1700s. She is known for her many portraits and landscapes, and for being one of the only women founders of the Royal Academy of Art in London. Kauffman received numerous commissions during a six month stay in Ireland (1771-72), including this portrait of the Earl of Ely with his wife and two nieces at their home in Rathfarnham Castle, where Kauffman briefly stayed.

From here, Coogan and the other performers progress to the exhibition that led to the commission of Floats in the Aether, Markievicz: Portraits and Propaganda, where they spend some time. Upon leaving the Markievicz exhibition, the performers move through the upper Beit Wing, and acknowledge the work of two more women artists – Sofonisba Anguissola’s Portrait of Prince Alessandro Farnese (1545-1592), and Lavinia Fontana’s The Visit of the Queen of Sheba to King Solomon (below). Fontana was one of the most prolific female painters of the 17th century, best known for painting historical and mythological subjects as well as being a highly sought-after portraitist. The painting depicts Vincenzo I Gonzaga and his wife Eleonora de’ Medici, the Duke and Duchess of Mantua, as King Solomon and the Queen of Sheba. This particular Old Testament story is thought to have been chosen because the Duke and Duchess claimed to be descendants of the Queen of Sheba. 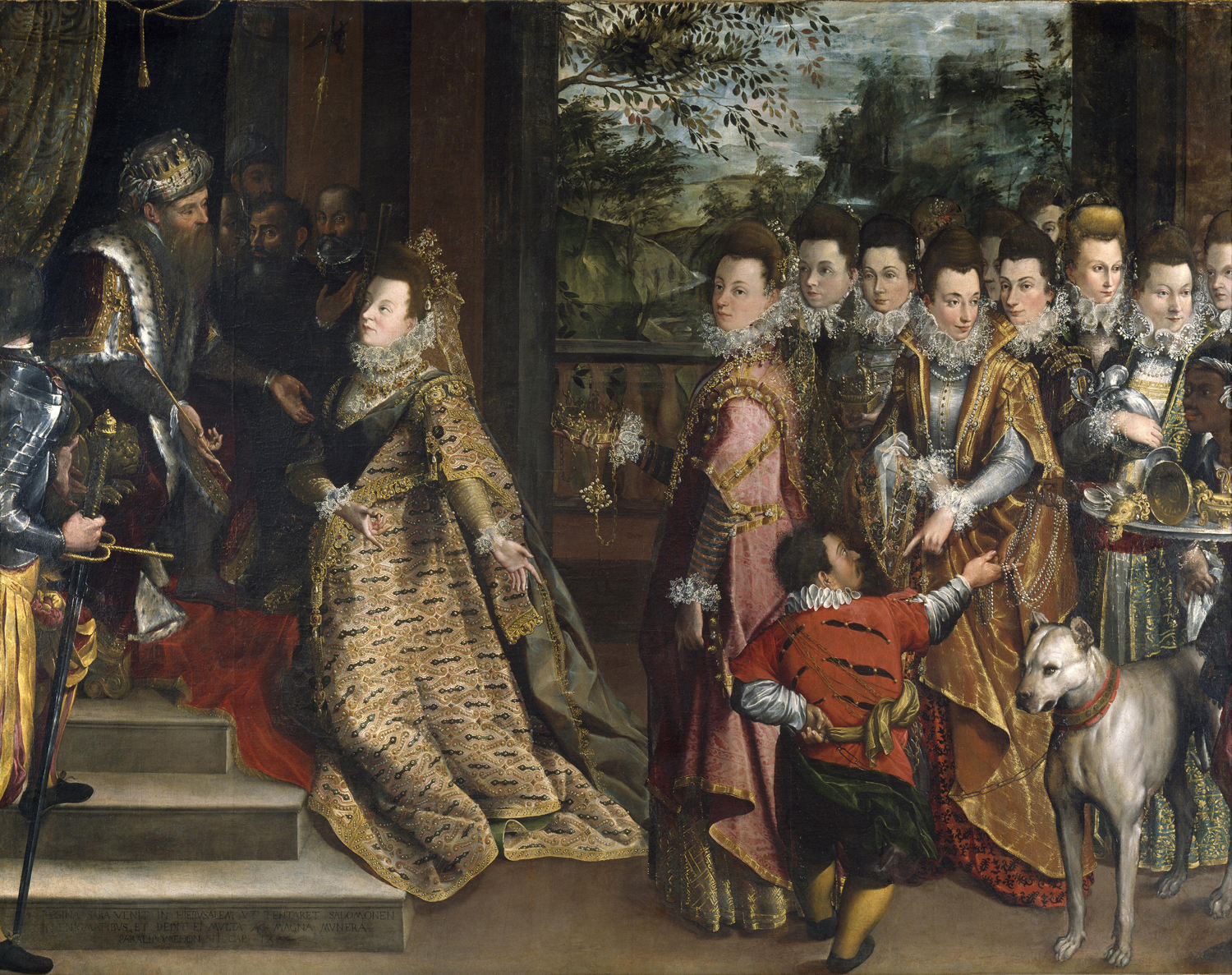 Before conservation treatment: Lavinia Fontana (1552-1614), The Visit of the Queen of Sheba to King Solomon. Photo © National Gallery of Ireland.Credit

Coogan chose to acknowledge these works of art on her route through the Gallery to commemorate 100 years of suffrage within the walls of the Gallery, and to shine a spotlight on some of the female artists that are on display in the National Gallery of Ireland's collection. There are two more performances of Floats in the Aether remaining, which you can watch for free (see below). The performances begin in the Millennium Wing, opposite the exhibition ticket desk, and then progress through the Gallery. If you have mobility issues and would like to know the best route to take, we will have members of staff on hand to assist you.