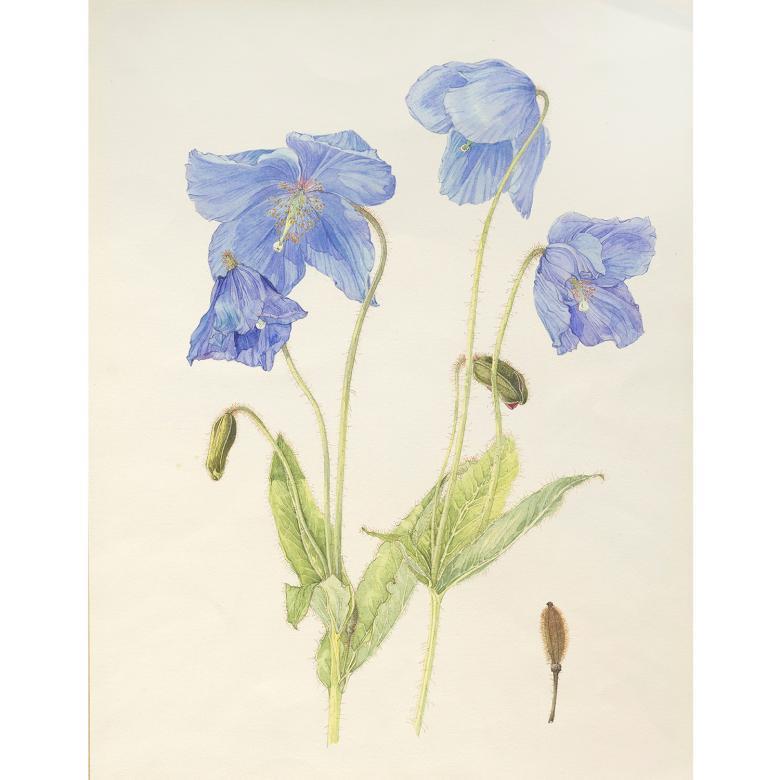 Wendy Walsh was Ireland’s most prominent 20th-century botanical artist. Meconopsis ‘Slieve Donard’ is a Himalayan blue poppy. It cannot be grown from seed, but is propagated by dividing clumps of plants. It was cultivated in Scotland in the 1930s, and then in Co. Down by the Slieve Donard Nursery. Walsh’s study depicts poppies grown at Burtown House, Co. Kildare, by her daughter, artist Lesley Fennell.