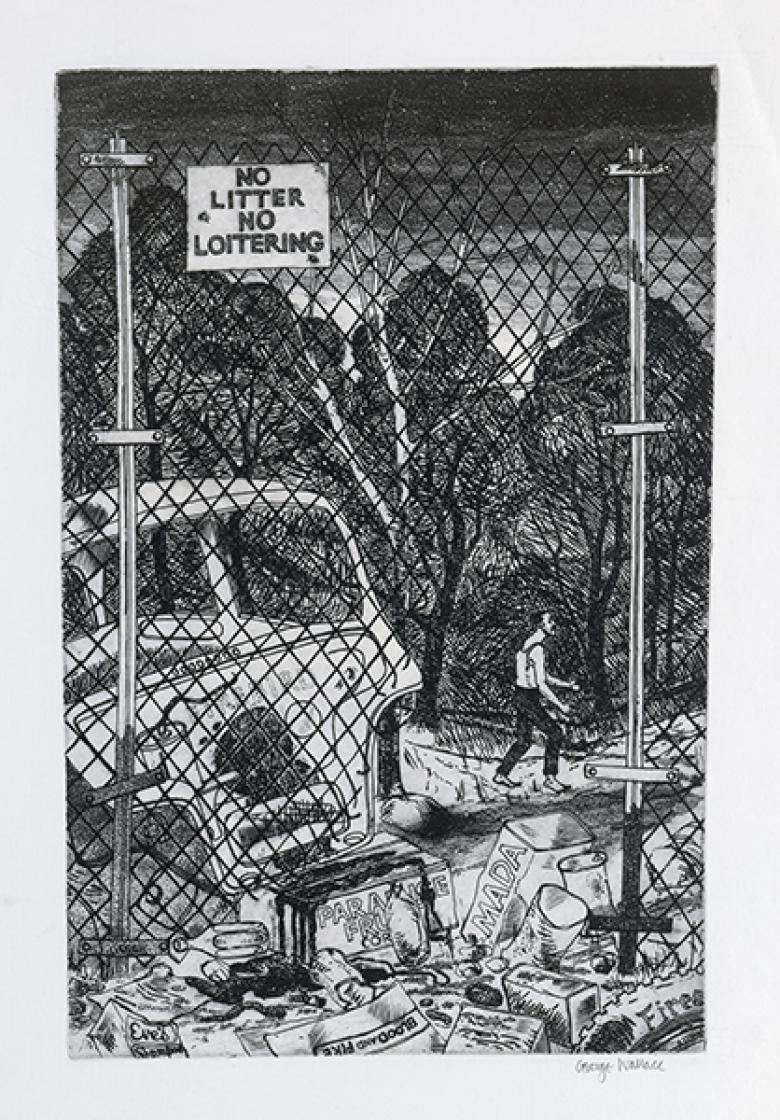 This resource focuses on prints by Irish-Canadian artist George Wallace (who features in the free exhibition George Wallace: Reflections on Life) and is designed as an aid for carers and health professionals to help individuals with dementia to enjoy the artworks through discussion and practice-based exercises. This resource can be used to prepare for a visit to the exhibition, or simply to enjoy at home if you won't have the opportunity to visit.

For a full and comprehensive guide to leading a session using our resources, read through the overview page first.

Who was George Wallace?

George Burton Wallace (1920–2009) was an Irish artist known for his sculptural and graphic work. His graphic work in particular, including etchings, monotypes, woodcuts, and drawings created over 50 years, is the subject of an exhibition called George Wallace: Reflections on Life on display in the National Gallery of Ireland until 29 August 2021.

George Wallace was a Dubliner; he was born on Monday 7 June 1920. George was an only child and he amused himself by drawing. Some of his early drawings featured armies and soldiers. He was sent to boarding school at quite a young age: first to Aravon in Bray and, later, aged 14, to St Columba's College in Rathfarnham. George studied philosophy at Trinity College, but continued to make artworks such as small wooden sculptures. While at Trinity College, he met his wife Margaret Howe. George and Margaret were married in 1946. In that same year, Wallace decided to study art and he enrolled in the West of England College of Art.

When George graduated from art college, in 1949, he took a job teaching art at Falmouth College of Art in Cornwall. During this time, he was exhibiting his work in Ireland and the UK. In 1957, he emigrated with his family to Canada. He worked as a schoolteacher initially, and showed his work at galleries in Toronto. In 1959, he began teaching part time at McMaster University in the city of Hamilton, Ontario, becoming a full-time member of staff in 1960.

George Wallace tended to focus on powerful themes such as grief, loss and pain caused by war and oppression. He would portray these themes in facial expressions. He also had a great knowledge of the Bible and was fascinated by the key stories of the Christian faith. These stories feature heavily in his work. Through his monoprints we can see Wallace's sense of humour. He collected newspaper images of aspiring business people and used them as a starting point for a series of satirical prints.

We'll be looking at a three prints from the exhibition for this activity. You can find more details about the Gallery's full collection of work by George Wallace on our online collection site. 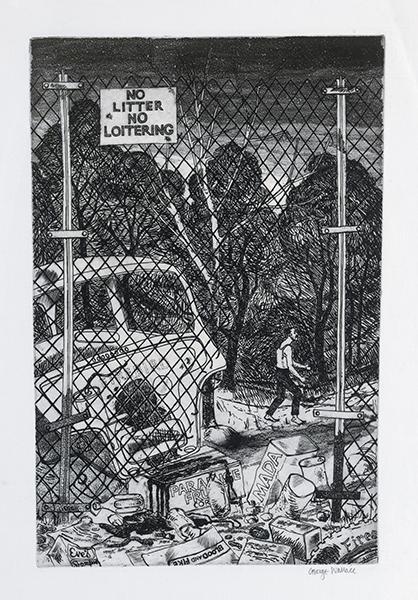 Christ walking in the Garden, 1971 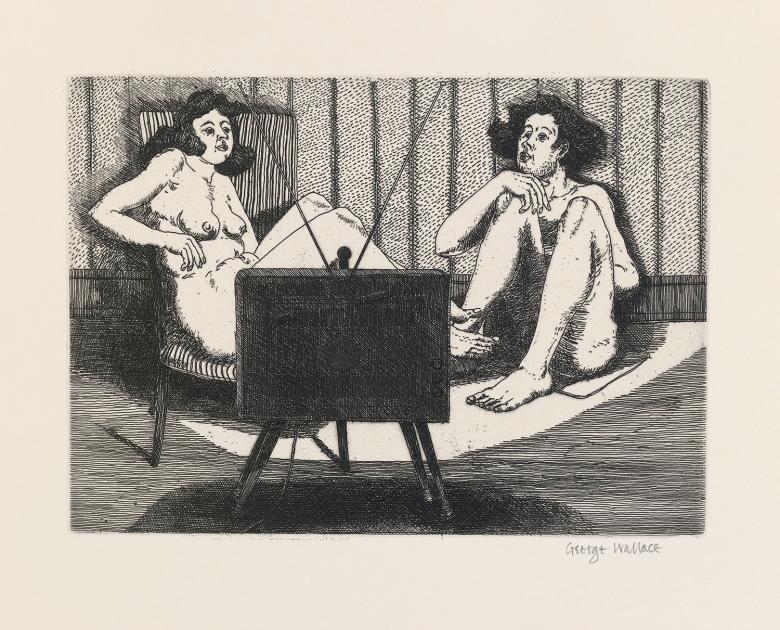 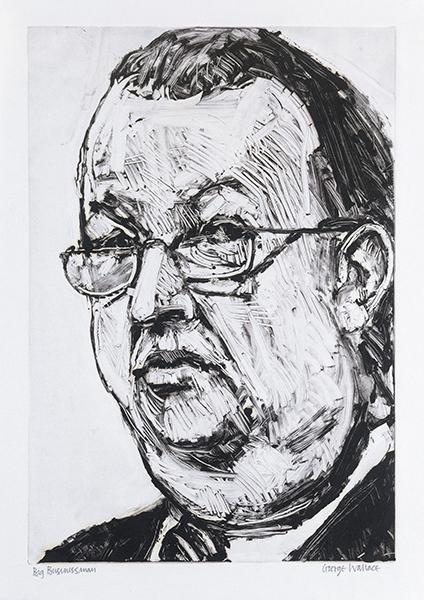 Printmaking is an artistic process based on the principle of transferring images from one surface onto another. George Wallace was a master printmaker and produced woodcuts, etchings, monotypes and lithography.

In this practical session, you will create a very simple print.

Step 1: Cut out an image of a head or heads from a newspaper.

Step 2: Flip the image over, and use your pencil to shade in all over the reverse of the image.

Step 3: Flip the image back over again, and place it on a white sheet of paper.

Step 4: Trace along the lines of the portrait with a pencil.

Step 5: Take the newspaper cutting away and you’ll find that the graphite from the pencil has made an impression of the portrait on the white paper underneath.

To further explore the works, you can book a discussion and practical session with a member of the Gallery’s education team via ZOOM. Contact Caomhán Mac Con Iomaire in our Education Department by telephone, 01 6633507, or by email, [email protected].

If you'd prefer to download and print out these in-home resources, you can access the PDFs below: