Yanny Petters, The Plants We Played With. 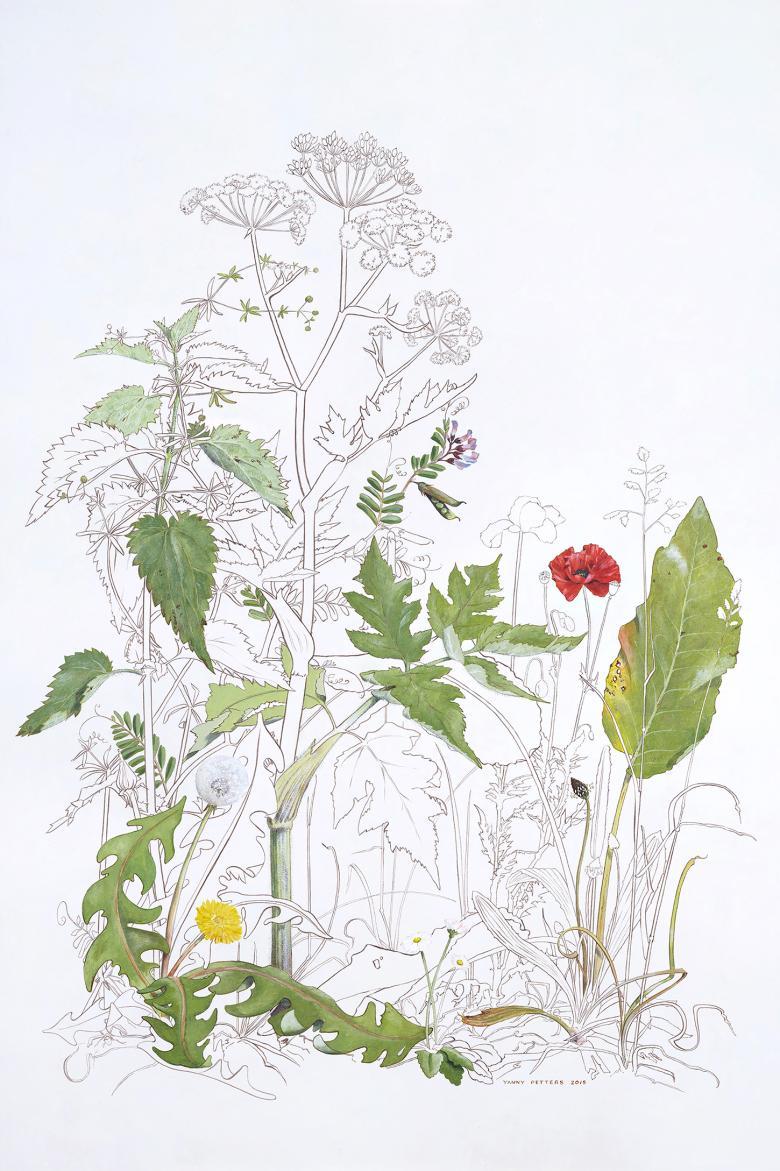 To celebrate the arrival of spring, and the stretch in the evening, we take a look at this recent addition to our collection by Yanny Petters called The Plants We Played With.

This painting is unusually large in scale in the context of the artist’s work. It depicts plants that she associates with her childhood. The work is a combination of drawing and painting. Areas of the canvas have been left blank intentionally to replicate the process of memory.

In the words of the artist:

"Memories can be sketchy, we paint them in our minds' eye; we fill in the relevant aspects. The painted parts highlight the aspects of the plants that were traditionally used in childhood games. The composition helps to join the narrative for those memories.

For example the Nettle - dare to touch, is opposite the Dock - its antidote.

The Hogweed, which made our pea shooters, has the vetch entwined in it; the vetch pods contain the peas.

The Dandelion Clock is untouched - as time in memories standing still.

The startling red of the Poppy catches the eye. We made little fairies from the flower heads. Fairies are part of childhood imagination, fantasies, and the past.

The Daisy, modestly hiding amongst the other plants has lost one petal, 'He loves me... he loves me not'. Who knows the future or the outcome of the game!

Plantain soldiers, we hit the heads off each other’s soldiers. Is this the last man standing?

The Stickies, or Cleavers have woven themselves amongst the plants, they do stick to everything with their little hairs. We used to throw them at each other.

The grasses with which we made whistling sounds are mingling in the field or hedgerow scene. Often sound evokes the strongest memories.

As children we roamed the fields amusing ourselves not needing anything more than our imaginations. I feel privileged to have had that freedom and still enjoy the occasional whistling grass to sound like a pheasant or to blow the dandelion clocks to check the time." 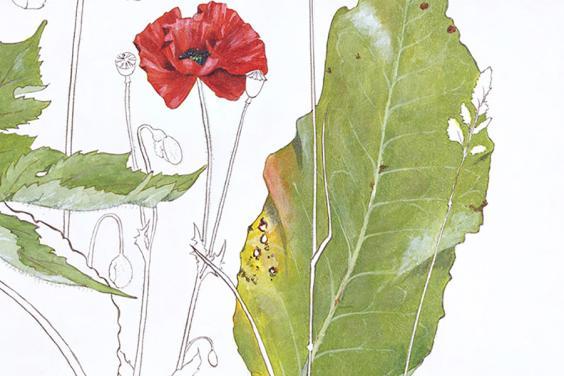 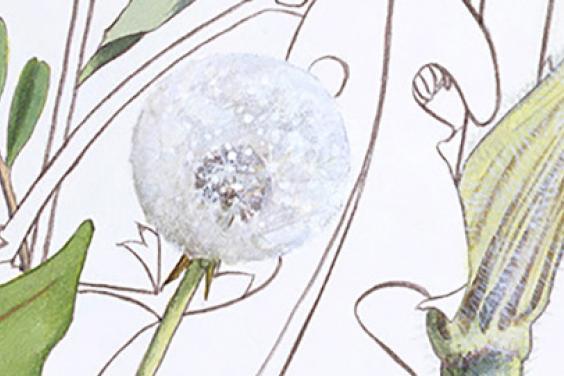 The plants depicted in the painting

Yanny Petters is a botanical portraitist from County Wicklow. She works exclusively from life, either in her studio in Glendarragh, Newtownmountkennedy, or en plein air among her subjects’ habitats. She paints in a variety of media and specialises in Verre Églomisé, painting on glass. She has been developing and adapting this historic technique to suit her plant portraits since the 1980s when she spent time working as a sign writer.