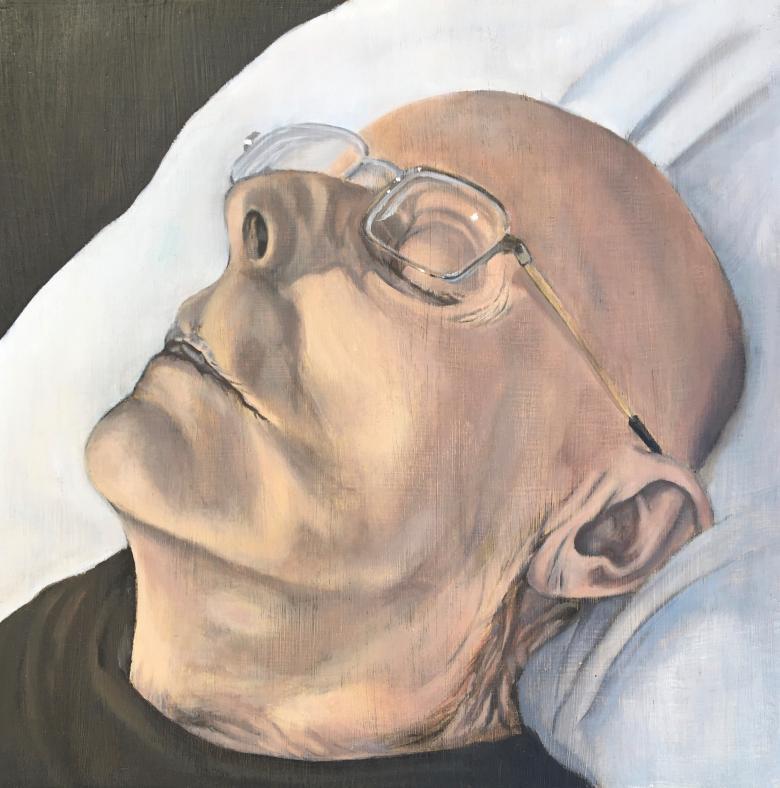 ‘I made this painting a few days after my father died. It helped to me to connect with him in his new form. It may seem macabre to paint a loved one when they have just died but I felt very strongly the need to do so. He didn’t really look like himself when he died but it was how he had become in the last year of his life. So I wanted to portray this iteration of him at this time. My father was laid out in the Third Order Habit of the Franciscan Order. He is wearing his glasses because his sister refused to see him laid out until he had them on because she felt he
wouldn’t look like himself.’