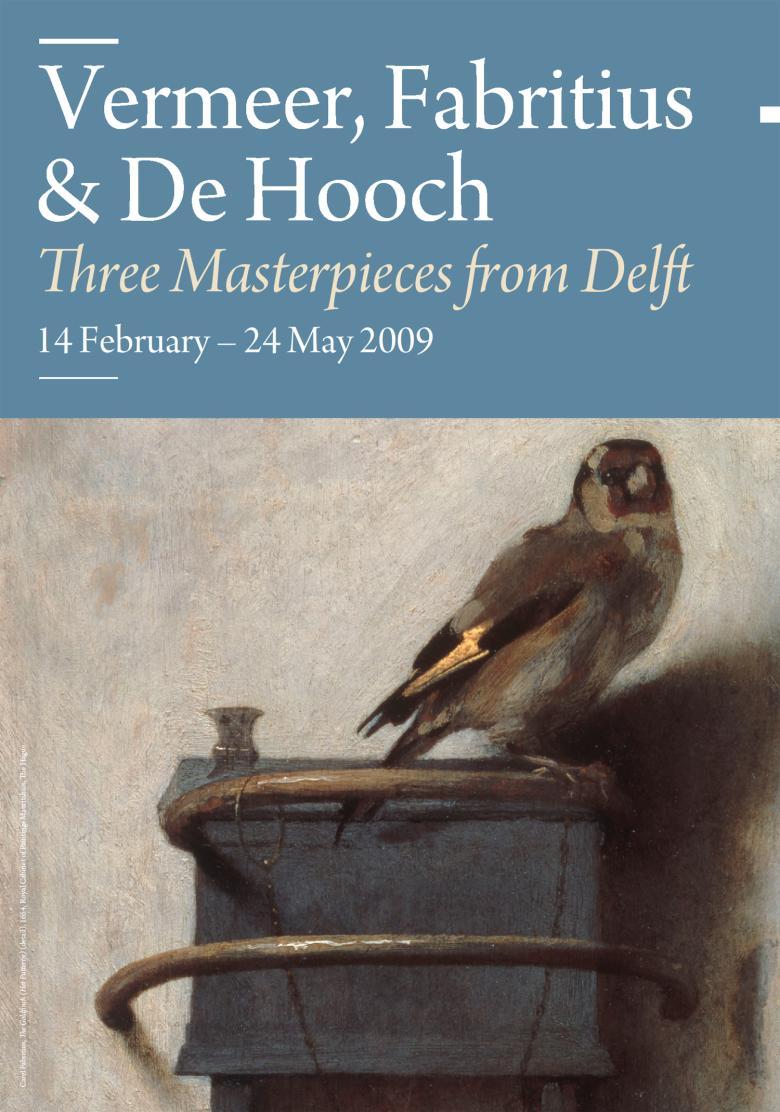 All three paintings were produced at the height of artistic prosperity in the Dutch city of Delft. Celebrated for their depictions of daily life, these artists are acknowledged masters in the rendition of light, perspective and spatial illusion.

Fabritius' small panel painting The Goldfinch was painted in the last year of the artist's short life, and has become one of the most iconic images of the Dutch Golden Age. It was shown alongside De Hooch's celebrated painting The Courtyard of a House in Delft, considered one of the artist's most accomplished works in capturing natural light and linear design. Complementing these two paintings was the Gallery's masterpiece by Vermeer, Woman writing a Letter with her Maid which is one of just 36 extant paintings by the artist.