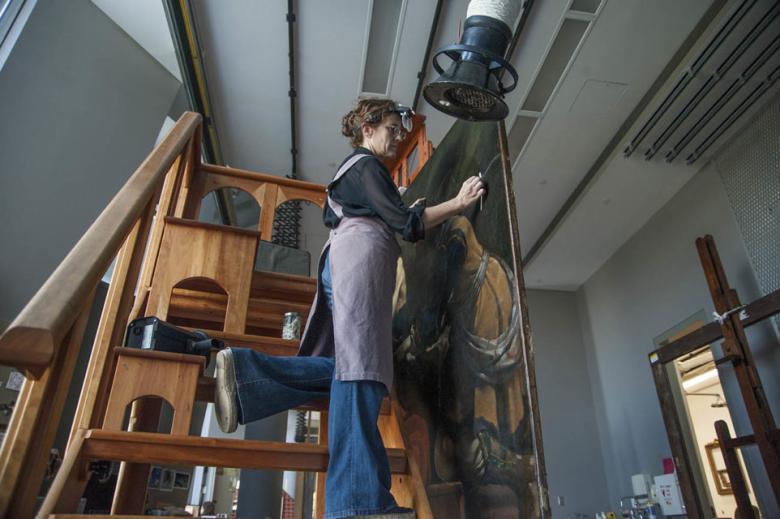 Guercino: Journey of a Masterpiece

The National Gallery of Ireland and the J. Paul Getty Museum, Los Angeles, carried out a two-year long conservation and research project of Guercino’s Jacob Blessing the Sons of Joseph (NGI.4648), one of the masterpieces from our collection.

This baroque masterpiece has been on quite a journey during its lifetime - it has moved from Italy via Spain, and the UK to Paris, to become the first old master painting to be purchased by Sir Denis Mahon (1910–2011), one of the most important art historians and collectors of the twentieth century, who presented it to the British Fund for the National Gallery of Ireland in 2008. In 2016 it journeyed once more: to the J. Paul Getty Museum in Los Angeles, where curators, scientists and conservators worked collaboratively for nineteen months in the Getty Museum’s painting conservation studio to restore the painting to its current condition.

The painting was exhibited, on its return from the Getty, alongside information about the research and conservation treatments that were carried out.

You can explore this collaborative conservation project below.

Acknowledgements/ The National Gallery of Ireland acknowledges the generous support by the Paintings Council of the Getty Museum. Established in 2002, the Council’s mission has been to provide generous support for the study and restoration of major works of art from an international array of museums and cultural institutions such as the Rijksmuseum in Amsterdam, the Museum of Fine Arts in Budapest, and the National Museum in Warsaw.