How did a masterpiece by Caravaggio end up in a Dublin dining room? 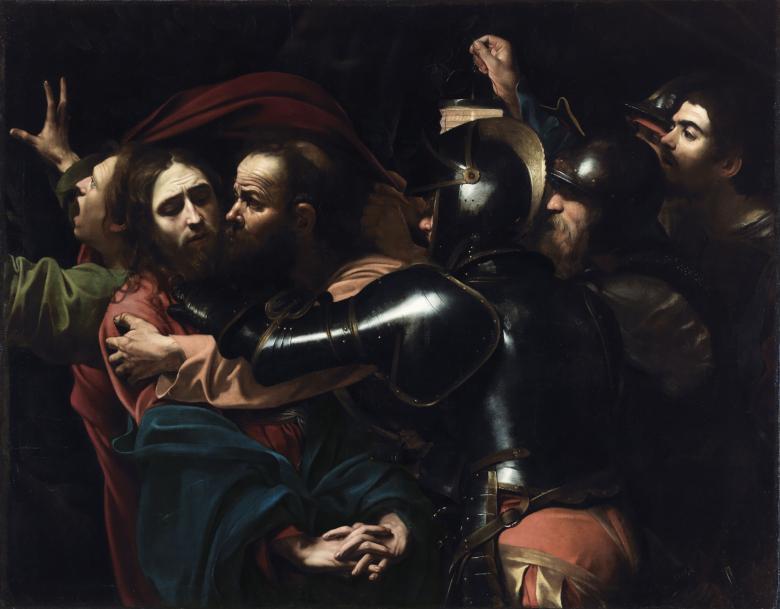 The Taking of Christ (1602) was discovered in August 1990, in the dining room of one of the houses of the Jesuit Fathers on Leeson Street, Dublin, by Sergio Benedetti, senior conservator in the National Gallery of Ireland.

For years, the painting was presumed lost, known only through copies and from descriptions by Caravaggio’s biographers. Read on to learn more about the path the painting took to end up in such a surprising location.

In 1602, Michelangelo Merisi da Caravaggio (1571–1610) painted The Taking of Christ as a commission for the distinguished patrician and city official Ciriaco Mattei (1545–1614). The painting remained in the Mattei family, inherited by various family members, for the next 200 years.

However, by the second half of the eighteenth century, Caravaggio's name was no longer attached to the painting. At this time, a number of paintings in the Mattei collection were reattributed, and Caravaggio's The Taking of Christ was incorrectly attributed to a Dutch artist called Gerrit van Honthorst (1592–1656).

Honthorst was a follower of Caravaggio, particularly influenced by the Italian painter's use of dramatic shadow and light (chiaroscuro) in his compositions. He painted many candle-lit scenes which earned him the Italian nickname Gherardo delle Notti (Gerard of the Night Scenes). However, in the Mattei archives his nickname was misspelled as Gherardo della Notte. This mistake, repeated in every successive document, was an important clue during the authentication process in the 1990s.

The mistake in spelling Honthorst's nickname was repeated on this gilt tablet which was once attached to the painting's frame.

In 1802, Duke Giuseppe Mattei sold The Taking of Christ, along with other paintings, to William Hamilton Nisbet, a wealthy Scottish art collector in Rome. Records from this sale list the painting as Imprigionamento del N.S. di Gherardo della Notte. The mistake in spelling (Notte rather than Notti) was repeated on the gilt tablet (above) made for the new frame.

The painting remained in the Hamilton family for 119 years, until it was sold at auction by Dowell's in Edinburgh in 1921, and again in 1922. At this point, it was in the possession of the Hon. Major Charles Hubert Francis Noel.

Photo of the James Hicks receipt for restoring the Caravaggio frame, 1924.

In 1924, the painting was acquired by Dr Marie Lea-Wilson who brought it to Ireland. The first record of it being in the country is a receipt, for £20, for the restoration of its frame by the furniture restorer James Hicks in Dublin.

In the 1930s, Dr Lea-Wilson presented the painting, still attributed to Honthorst, to the Jesuit Fathers of Leeson Street in Dublin. It remained in the house, hanging in the dining room, for over 50 years. 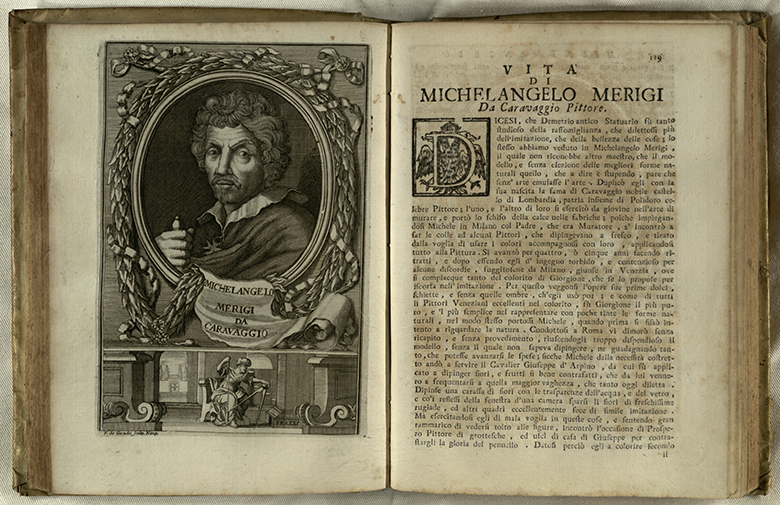 Caravaggio's biography, and a lengthy description of the painting (on p.207), was included in Giovanni Pietro Bellori (1613–1696), ‘Le vite de' pittori, scultori, ed architetti'. The 2nd edition pictured above, published in 1728, is in the Gallery's Sir Denis Mahon library collection.

In August 1990, Father Noel Barber SJ contacted the National Gallery of Ireland about assessing the works of art in the Jesuit House. Senior conservator Sergio Benedetti visited the house and noticed the potential in the dark painting hanging in the dining room. Even though it was obscured by discoloured varnish, he recognised the subject and composition as those of the ‘lost’ Caravaggio painting. Three years of meticulous research, analysis and consultation with international experts followed to authenticate and conserve the masterpiece.

Unveiling to the public

On 16 November 1993, The Taking of Christ went on public display in the exhibition Caravaggio: the Master Revealed in the National Gallery of Ireland. In the accompanying catalogue, Sergio wrote: ‘That morning in August, 1990, leaving the House of the Jesuit Fathers in Leeson Street, excited by what I thought I had just seen, I could hardly have imagined that just three years later, I would see my beliefs realised with an exhibition.’

After the discovery, Father Noel Barber SJ played a pivotal role in the decision to place Caravaggio’s painting on indefinite loan to the Irish public from the Jesuit Community, Leeson St, Dublin, acknowledging the kind generosity of the late Dr Marie Lea-Wilson. The painting remains one of the most significant masterpieces on display in the Gallery.