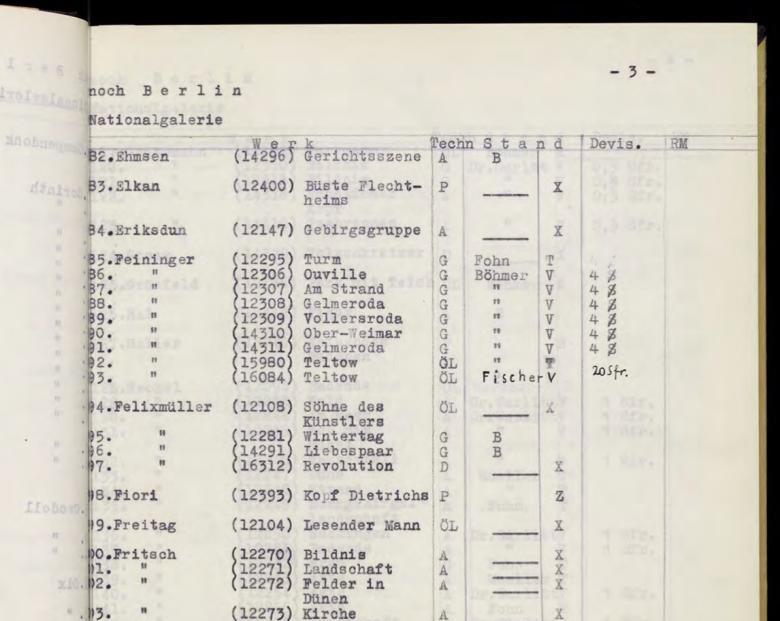 Detail of a page from the inventory of 'Entartete Kunst' listing some of the artworks confiscated from the Nationalgalerie, Berlin.
© Victoria and Albert Museum, LondonCredit

This year marks the 100th anniversary of the founding of the Bauhaus in Weimar, Germany. To celebrate this centenary, we have a new exhibition—Bauhaus 100: The Print Portfolios—on view until 1 December.

Read on to learn about some of the artists in the exhibition who were victims of the Nazis and their campaign against modern art.

The Nazis despised the internationalism of the German avant-garde, so central to the Bauhaus concept. Intense political pressure and drastic budget cuts prompted the closure of the Bauhaus in Weimar. The school moved to Dessau in 1925, but was forced to relocate to Berlin in October 1932, where it only survived for a few months. After the ‘seizure of power’ on 31 January 1933, all cultural institutions were forced to align themselves with Nazi policy. A disastrous period ensued. All pioneering teachers were dismissed from their art academy posts, and the Nazis began a campaign against so-called ‘degenerate art’ (entartete kunst).

Between 1937 and 1938, the Nazis confiscated over 16,000 modernist artworks from public institutions in Germany. Many of these paintings, sculptures, prints and drawings were destroyed. Others were sold to generate income for the National Socialist Party, or exchanged for ‘Aryan’ art. The V&A holds the only known copy of a full inventory of the confiscated art (you can view the full digitised list here on the V&A’s website). The detail above shows some of the works that were confiscated from the Nationalgalerie, Berlin. The 'X's in the fourth column indicate that the works were destroyed.

A selection of the art was displayed in a propagandist exhibition called Entartete Kunst, which opened in Munich in July 1937, before touring. The aim of the exhibition was to show the public the ‘un-German art’ that was unacceptable to the Reich. Paintings were hung haphazardly, and crowded together, alongside mocking slogans and signs. To emphasise their point, the Great Exhibition of German Art was held at the same time. This exhibition, on display within walking distance of Entartete Kunst, displayed examples of 'acceptable' art.

Our current exhibition Bauhaus 100: The Print Portfolios includes work by many artists who fell victim to Nazi persecution. The display features four folders of avant-garde prints published by the Bauhaus printmaking workshop between 1922 and 1924. This project, called New European Graphics, was the brainchild of Walter Gropius, who wanted to highlight the best of European printmaking, and to sell the portfolios to generate income for the school. Bauhaus teachers, and other European artists associated with German Expressionism, Futurism and Abstraction, contributed prints to the project. Here we highlight a few of the artists:

“My paintings are all gone from the walls of the museums and are being shown at so-called exhibitions of depraved modern art!"

Lyonel Feininger (American, 1871–1956) led the Bauhaus printmaking workshop in Weimar, and was an artist-in-residence in the Bauhaus, Dessau. Many of Feininger’s works were removed from German public art collections and displayed in the Entartete Kunst exhibition. The distraught artist wrote to a friend, “My paintings are all gone from the walls of the museums and are being shown at so-called exhibitions of depraved modern art! At the age of 66 years there is a new life to be rebuilt and a living to strive after.” A month before Entartete Kunst opened in 1937, Feininger and his family moved to the United States. 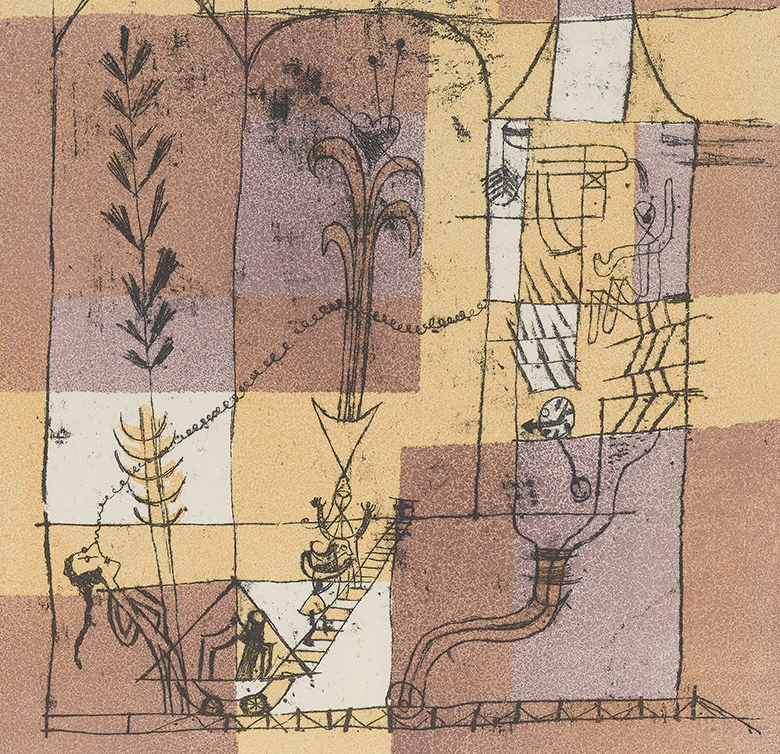 Paul Klee (Swiss, 1879–1940) joined the Bauhaus as a master in 1920, and was involved in the bookbinding, metal, glass painting and weaving workshops. His most significant contribution, however, was to the Bauhaus's preliminary course. When he left the school, in 1931, he received a professorship at the Düsseldorf Art Academy, but was dismissed two years later by the Nazi regime. Many of his works were displayed in the Entartete Kunst exhibition. 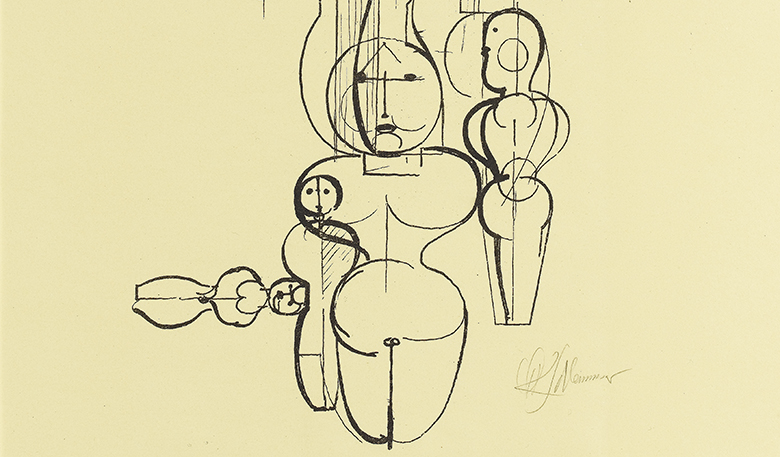 Oskar Schlemmer (German, 1888–1943) directed the stage workshop at the Bauhaus from 1923 to 1929, and designed the Bauhaus logo, which is on display in this exhibition. On leaving the Bauhaus, in 1929, he worked at the Breslau Academy. In 1937, he was denounced as a ‘degenerate artist’ by the Nazis. 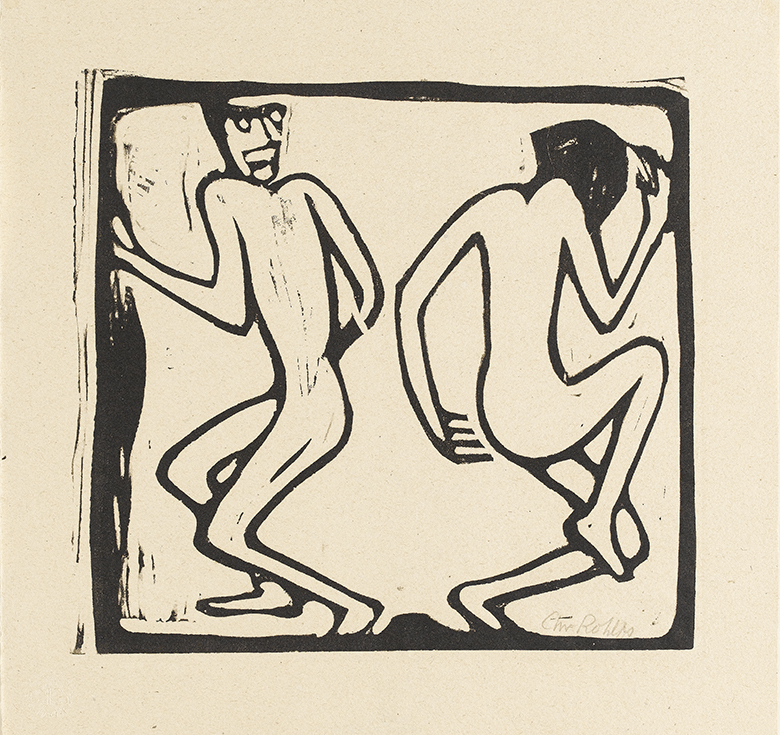 Christian Rohlfs (German, 1849–1938) was not a member of the Bauhaus, but was one of the German Expressionists invited by Walter Gropius to contribute prints to the New European Graphics print portfolios. In 1908, aged 60, Rohlfs made his first print; he went on to create over 100, working almost entirely in woodcut and linocut. In 1937, he was expelled from his teaching post at the Prussian Academy of Arts, and over 400 of his artworks were confiscated from public art collections.

See the Entartete Kunst inventory on the V&A's website

Bauhaus 100: The Print Portfolios is on display in the Print Gallery from 20 July to 1 December 2019. Admission free.