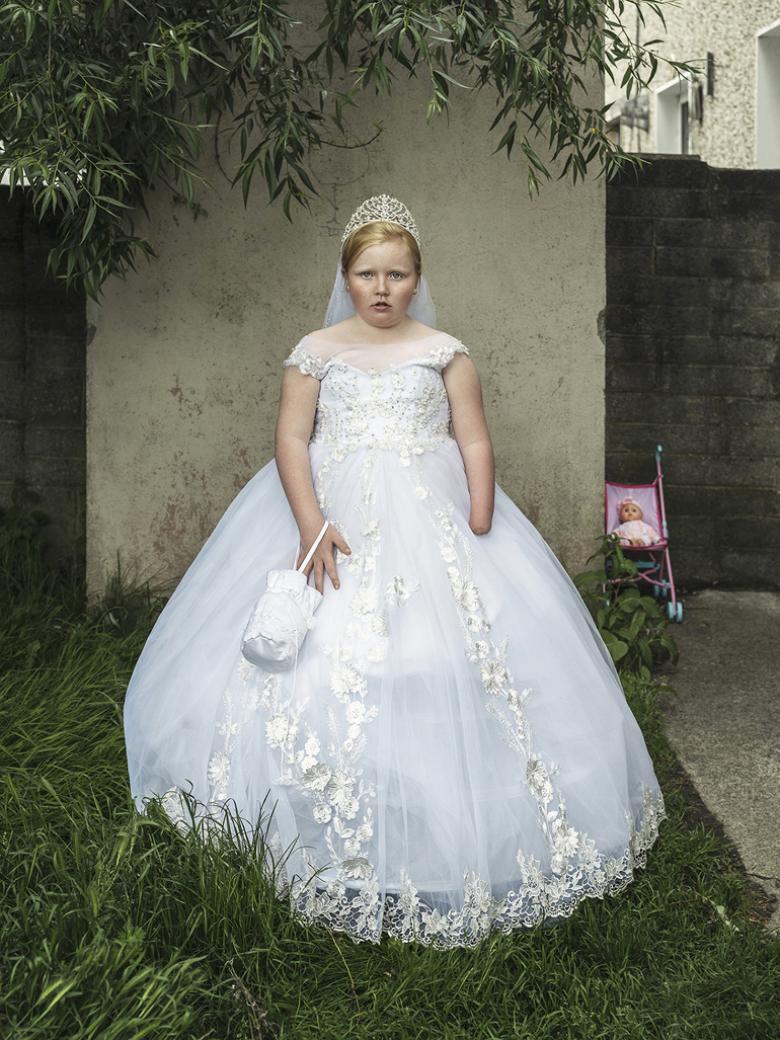 "Many things go into the creation of a good portrait: an interesting location, lighting, the subject's expression, but sometimes all it takes is a little luck. I don’t believe in the idea that a portrait reveals the soul or inner being, or essence of the sitter. A sense of vulnerability is important for the picture to work. It should also be engaging and insightful for the viewer. I first met Winnie with her family at the annual Africa Day celebrations in Farmleigh House in Dublin. I was commissioned by the Irish Times to cover the event which is a celebration of the culture, diversity and links to Ireland of the continent’s fifty-four countries. I photographed Winnie with two other girls, Yewande Ogunnaike and Favour Nwoga, who were competing in the Miss Africa competition. All three wore tiaras. Winnie was celebrating her first Holy Communion with her parents, brothers and sisters. I took a few family photographs and promised to deliver the images in person at a later date. Two weeks later I delivered the photographs and spoke to Winnie’s mother about the possibility of making a portrait of her as a solitary figure, only this time using the back garden as a location."

Kenneth O’Halloran (b.1968) is a photographer based in Dublin. He was born in the west of Ireland and is a graduate of the Institute of Art, Design and Technology in Dun Laoghaire, Dublin. He holds a Masters in Fine Art Photography from the University of Ulster, Belfast. O’Halloran's work has appeared in the New York Times Magazine, the Sunday Times Magazine, Stern, Le Monde, TIME, GEO, the Financial Times Magazine and Cosmopolitan. His work has been recognized by the Royal Hibernian Academy, American Photography, Alliance Française, and the Taylor Wessing Portrait Prize. He is also a winner of a World Press Photo Award, the Terry O'Neill Photography Award and The Syngenta Photography Award. He has exhibited at the National Portrait Gallery, London; the Irish Museum of Modern Art; the
Photographers' Gallery, London; Sirius Arts Centre, Cork; Void Derry; and the RHA, Dublin.