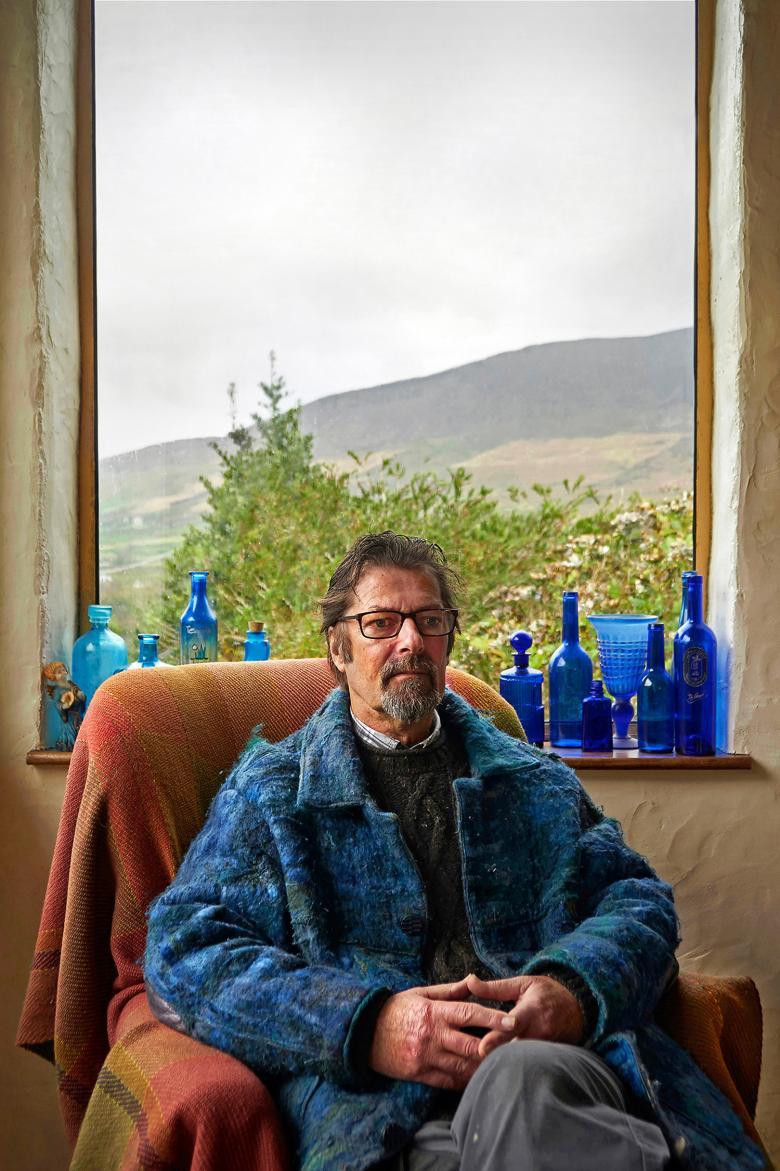 A portrait of the Artist Pieter Koning, 2017.

"This picture was made in October 2017 when I made a visit to Pieter Koning’s studio. I was feeling isolated at the time by a combination of a new-found illness and life in the countryside. I contacted several artists to make portraits, and attempted to immerse myself in the local community.

Pieter remains a prolific painter and sculptor, despite suffering from Parkinson’s disease, a long-term degenerative disorder often associated with rigidity and thinking problems. The portrait was made during a conversation over coffee, during which I unknowingly instructed Pieter to talk using his hands. Pieter explained that he didn’t do that much anymore. When he told me about his condition I felt uneasy about my brash instructions. I carried on the conversation and swapped to a wide-angle lens to slightly magnify his hands. I thought about my camera’s ability to freeze movements and picked a moment. Having made the picture, I wasn’t entirely sure if I should show him this way, but Pieter assured me that I had captured him well."

David Molloy is a distance learning student on MA Photojournalism and Documentary Photography at London College of Communication. He is living in Co. Kerry and working on a project in the International Dark Sky Reserve. He describes his work as attempting to make sense of the world around him, the future of which is often a cause of concern for him. He has experienced a rise of recognition in the past year, having shown his work at the Museum
of London.