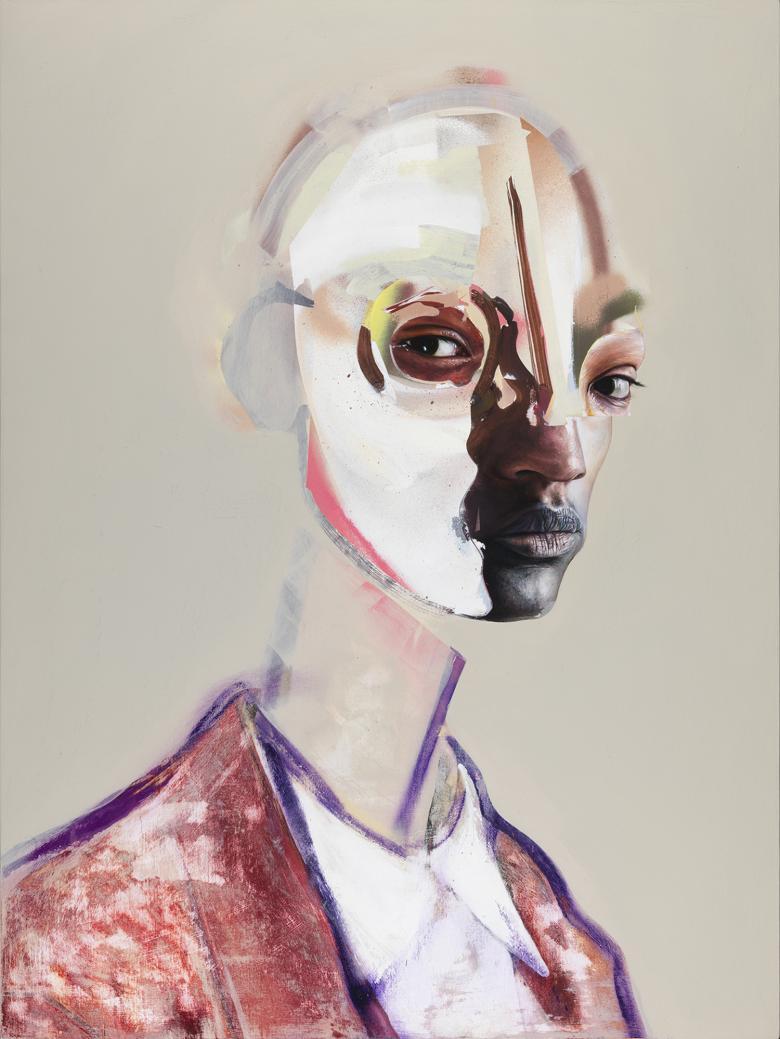 "The format and composition of this painting are conventional. However, the picture complicates the traditional essence of portraiture as the facial features of the subject are recognisably displaced in their correspondence to one another. Eyes, ears and nose are placed in positions that are at odds with the profile of the body, so in effect they create a jarring reality when appreciated as a whole. Facial features in this sense become anchors that open up a portal to a new sense of identity based on a composite view of the subject. The portrait is not specifically anyone but is rather an attempt to challenge the multiplicity of identity in an effort to strip the subject of its persona with the aim to conjure a more collective relation. In terms of the application of paint there is an evident process of continual erasure, whereby paint is added to the canvas and at a later stage removed once again. This application and removal of paint builds up layers that neither conceal nor reveal identity but stand more for the relationship between the finer details within the painting and those that are less certain. These means of displaying facial features represents a field of probability in terms of facial recognition and the discovery of something familiar in the abstract."

David Booth's primary focus is on painting and drawing. He currently maintains a studio practice at La Cathedral Studios in Dublin. Having completed a BFA at Wexford Campus School of Art in 2013, he moved to Dublin to begin his career as an artist. He has been working full-time as an artist for almost six years, during which time he has exhibited both nationally and internationally. David has featured in The Irish Times, awarded the Evans Painting Prize in 2016, and is currently working towards two solo shows in 2019, one in Dublin and one in Parma, Italy.