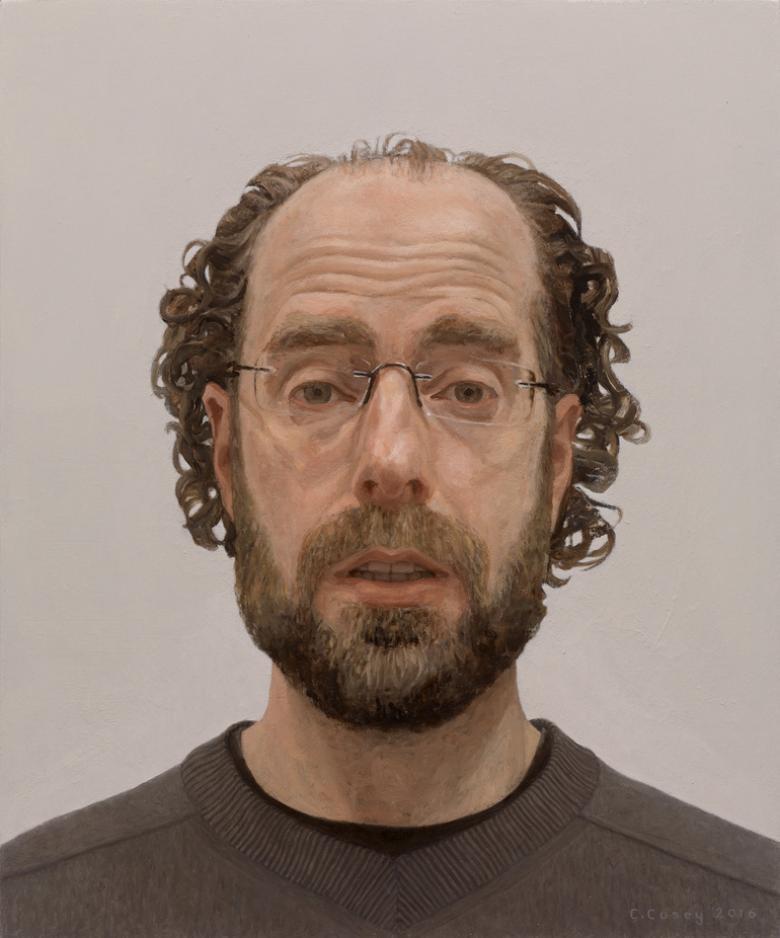 From Omagh, Co. Tyrone, Comhghall Casey (b,1976) graduated from the Belfast School of Art in 1998. In addition to holding numerous solo shows he has exhibited regularly at the Royal Hibernian Academy and Royal Ulster Academy annual exhibitions. His work has also featured at the Royal Academy summer exhibition in London and the BP Portrait Award at the National Portrait Gallery, London. Among other awards, Casey received the Hennessy Craig Scholarship, at the 178th RHA Annual Exhibition in 2008, for his painting Red Bicycle. His work is represented in the National Self-Portrait Collection of Ireland and Queen’s University Belfast. He currently lives and works in Dublin.