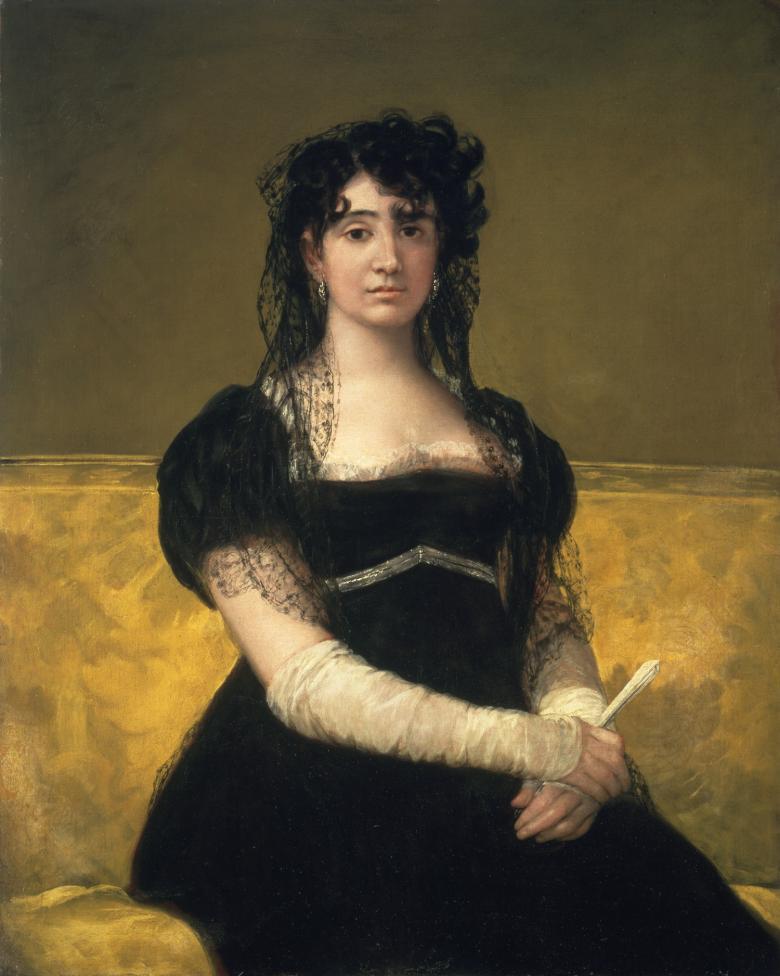 Antonia, a famous Spanish actress, is shown wearing a black dress and an intricately painted black lace mantilla. Her dark figure stands out in stark contrast to the shimmering gold sofa that she sits on, a prop from Goya’s studio. Her arms are covered with pale silk mitts and she holds a fleco (fan) in her hands. Her gaze is slightly melancholic, while a pinch of irony appears in her smile. Following an extended period of illness in Cadiz in 1792-3, Goya became deaf. He returned to Madrid, and was court painter to Charles IV around the time that he painted this portrait.