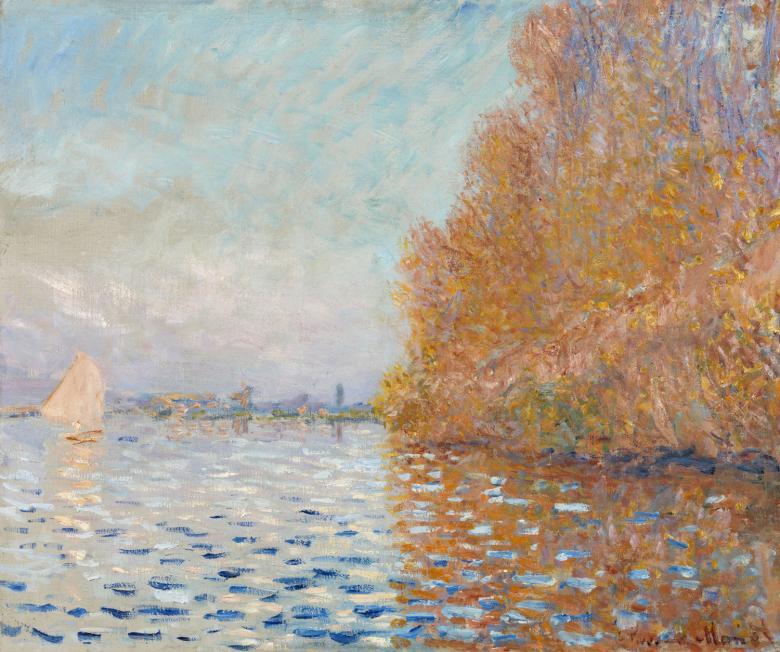 Argenteuil Basin with a Single Sailboat by Claude Monet (1840-1926)

From 1871 to 1878, Monet lived in Argenteuil on the outskirts of Paris. During this period, he fitted out a boat as a floating studio and painted many views of the River Seine and its banks. He made this picture in 1874, the year that the first Impressionist exhibition was held in Paris. Monet used distinct broken brushstrokes and complementary colours, to suggest light and movement. The shifting clouds, rippled water, autumn leaves, and gliding yacht further evoke a sense of transience. Most of the scene is composed of sky and reflections.