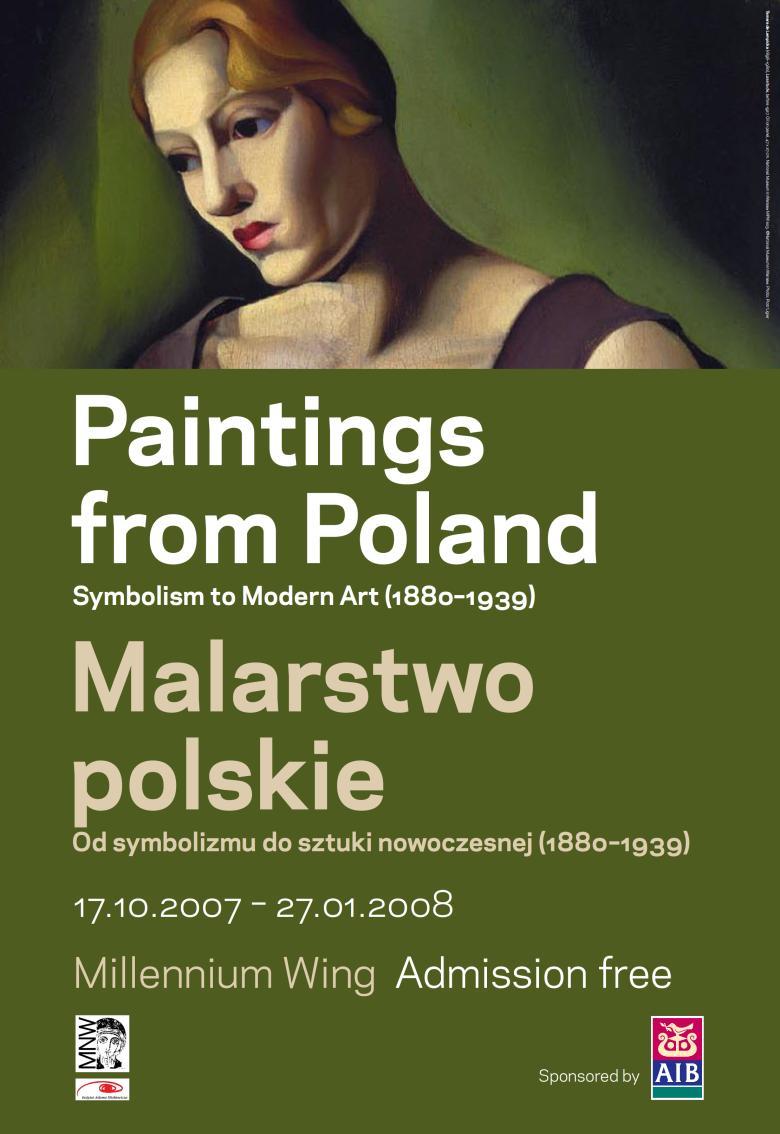 The 74 paintings included in the exhibition were selected from the National Museum in Warsaw (NMW), with additional loans from private collections and other galleries in Poland including the National Museum in Cracow and the Tatra Museum in Zakopane. Presented in three sections, the exhibition focused on the Symbolist period of the late nineteenth century through to the modernism and abstraction of the inter-war years.

Poland's turbulent history provided the context for much of the imagery in the art of the period. Seen in a wider European context, the exhibition afforded a rare opportunity to see some of the most important works of an extraordinarily creative artistic culture in a period of national upheaval.

In the accompanying exhibition catalogue, Dr Dorota Folga-Januszewska, Director of Collections and Research at NMW, said: "The period from which the works on display in this exhibition originate marks a stage of Polish history decisive to contemporary Poland's culture and identity. During their lifetime, two generations of artists witnessed changes which were experienced with a rapidity unequalled in those times."

The exhibition was organised in cooperation with the National Museum in Warsaw and Adam Mickiewicz Institute in Warsaw and supported by the Ministry of Culture and National Heritage of the Republic of Poland.