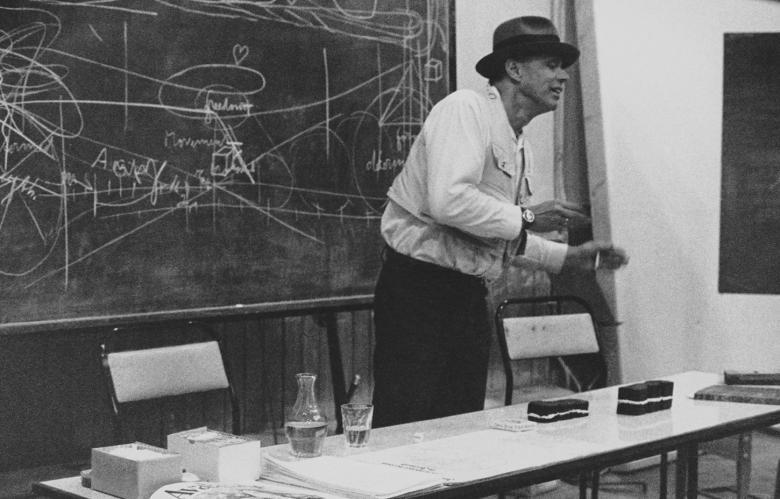 Unity in Diversity: Joseph Beuys in Ireland marked the centenary of the birth of one of the most influential German artists of the twentieth century. Curated by Sean Rainbird, Director of the National Gallery of Ireland, the exhibition comprised a selection of photographs of Joseph Beuys taken by his friend Caroline Tisdall on visits to Ireland in the 1970s. The selection of striking photographs featured the artist visiting locations such as the Giant’s Causeway, Newgrange, Sandycove and Cork city.